UNREAL PLACES IN THE WORLD WORTH CHECKING OUT


UNREAL PLACES YOU THOUGHT ONLY EXISTED IN YOUR IMAGINATION:

123PHOTOGO.COM
ENTERTAINMENT & LEARNING FOR THE PHOTOGRAPHER

Email ThisBlogThis!Share to TwitterShare to FacebookShare to Pinterest
Labels: UNREAL PLACES IN THE WORLD

2016 was an incredible year for "Photos of the Week".  Some of the most amazing photos we have ever seen.  Let's take a look at this years overall winners of the year, taken from the
"Winners of the week" collection: 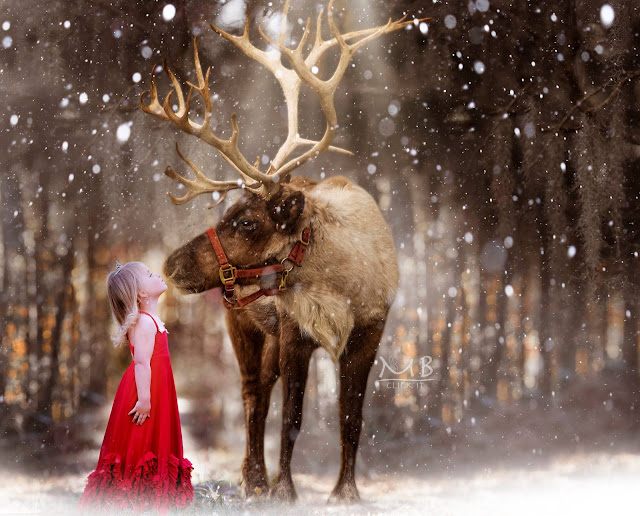 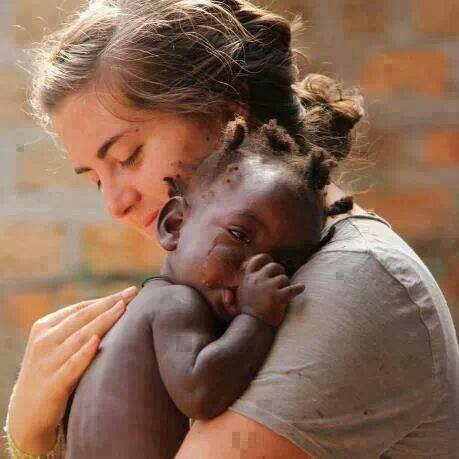 Photographer was unknown in this photo, but makes such an amazing statement.  Was posted on Facebook in the Group:  Amazing Pictures. 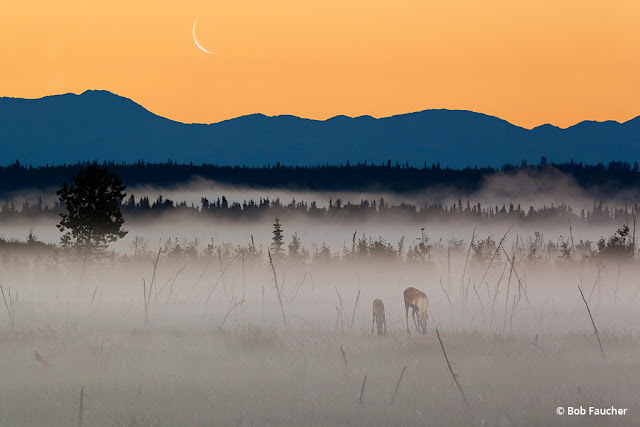 Photo by Bob Faucher
This photo was taken for the Kenai Wildlife Foundation showing the Caribou in the Alaska Wilderness. 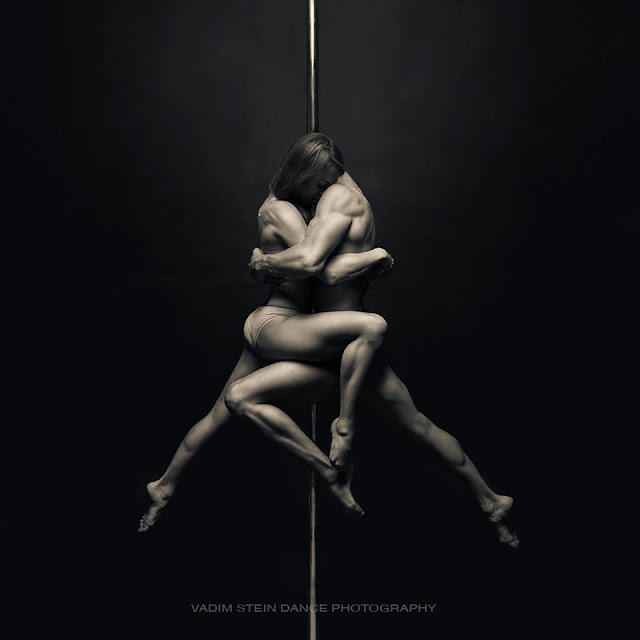 A great photo with the art of showing the body in motion. 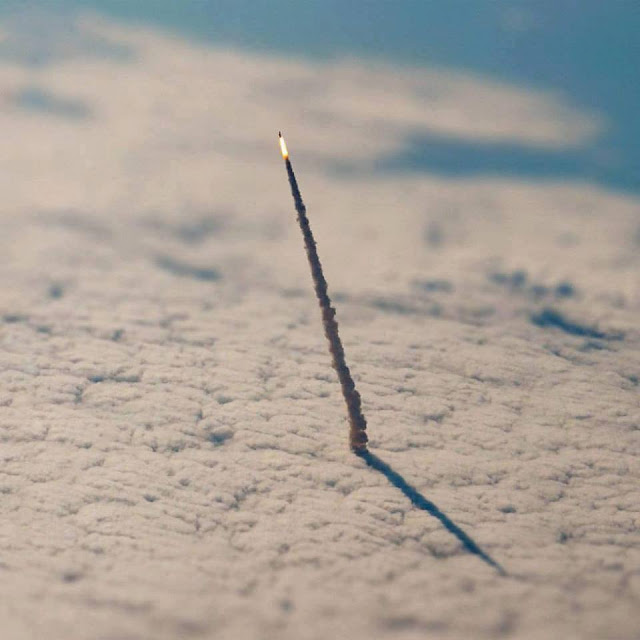 This photo taken by NASA
This is an amazing photo of a rocket leaving our atmosphere.  How often do we see reality like this? 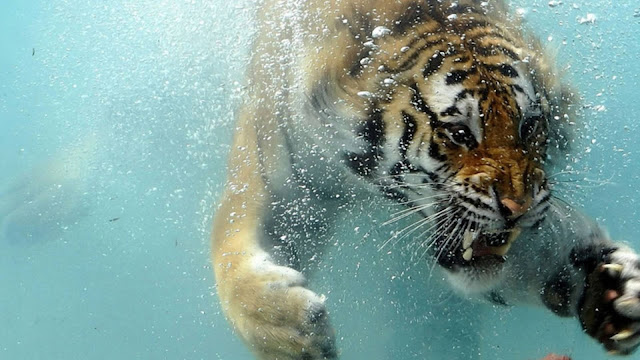 Photo credit posted by :  NATURE'S AMAZING PICTURES.
Probably taken at the zoo, but who cares.  A great photo captured at the right time.  We
think the photo gives credit to:  Ashish Bhardwaj and Nikhil Sharma. 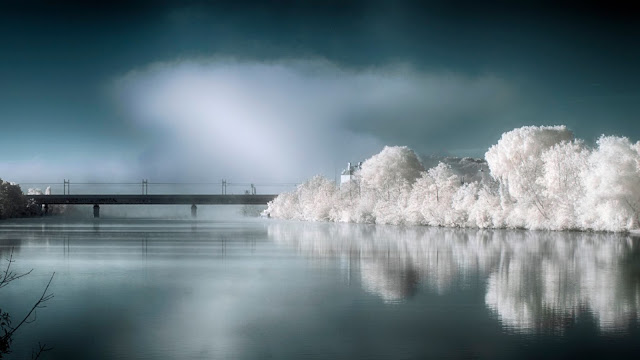 Photo taken by:  Frédérique Fortune and posted in FINE ART PHOTOGRAPHY
Unique because this is an infrared photo.  The white puffy things on the right side of the
photo are actually green trees in real life.  Something fun to learn about infrared photography. 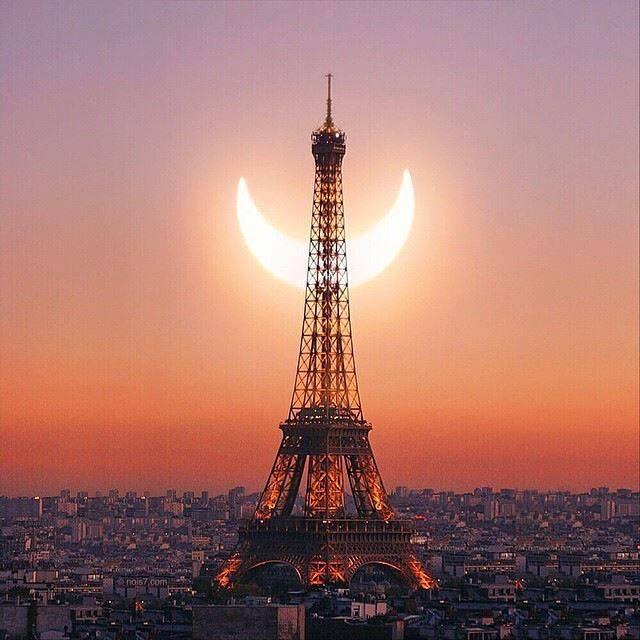 Now the only way to catch such a photo is to certainly be at the right place at the right time.  This was displayed on the website:  "FASCINATING PLACES IN THE WORLD".  Not really sure who was the actual photographer, but several names are listed.  So, I will post them all as they may have all been contributors.  It is titled:  "Solar eclipse in Paris".  And the names listed as contributors to the photo are:  Graciela Gonzalez Santos, Eva Jovita Canaveras and Armin Afshar.  So, Congratulations to the photographer(s), and thanks for this incredible photo. 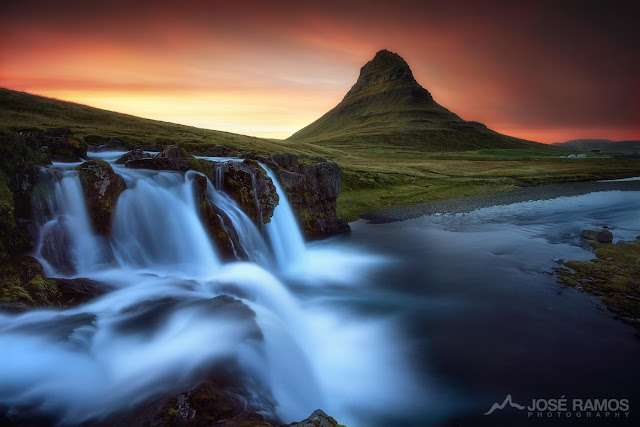 You know, Iceland produces some of the most beautiful photos ever.  Especially when you get a great photographer to go there.  What  a great photo.  I don't know if any of this is photoshopped, but, it doesn't matter.  The sunset, the smooth waters, it all comes together in this masterpiece.
PHOTO BY JOSE RAMOS PHOTOGRAPHY:  And posted on "Fine Art Photography" 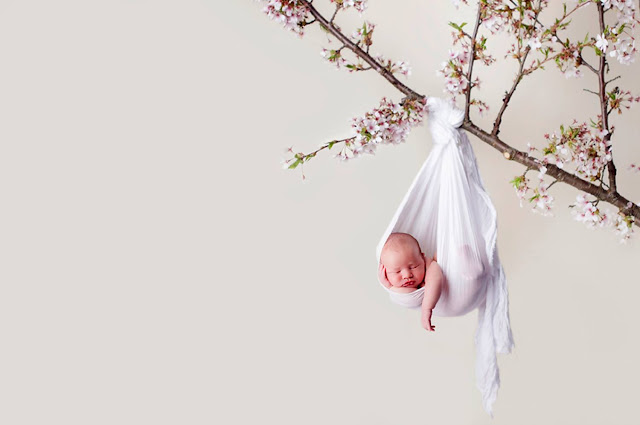 PORTRAIT OF THE MONTH
I look carefully for something really unique each month in selecting the "Portrait of the Month".  Have you ever seen anything so precious?  Truly heartwarming and certainly a winner.  And for those who are portrait photographers, I think I will see some more photos like this, because it is just darling.
Congratulations to:  Fatholy Mosa
Along with Cecilia Rojas Cespedes. 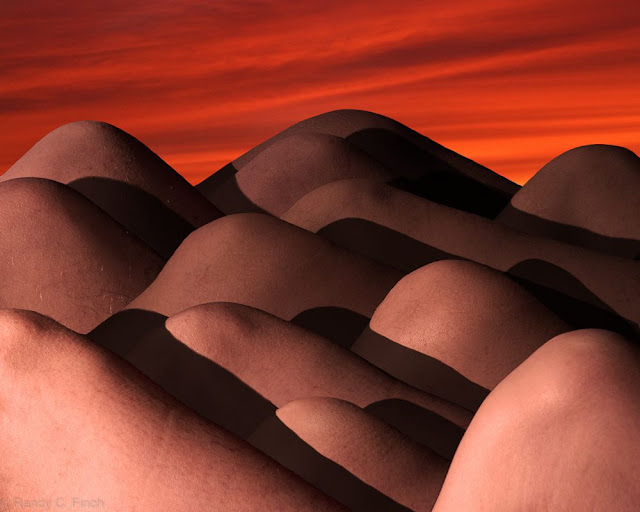 Where are these lovely rolling hills?  And to catch that kind of sunset over those hills is just amazing.  No, but wait, are those really sand dunes?  Look closely.

Our photographer has put together a masterpiece of knees.  Let's let him explain:
This is a composite of 13 photos. Twelve knee shots and one sky shot. The shadows were added using the Drop Shadow effect in Photoshop. Title: KneeScape.
Photos and computer work done by:  Randy C Finch 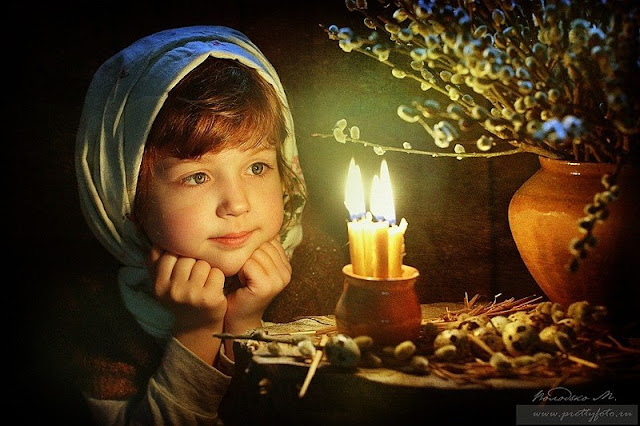 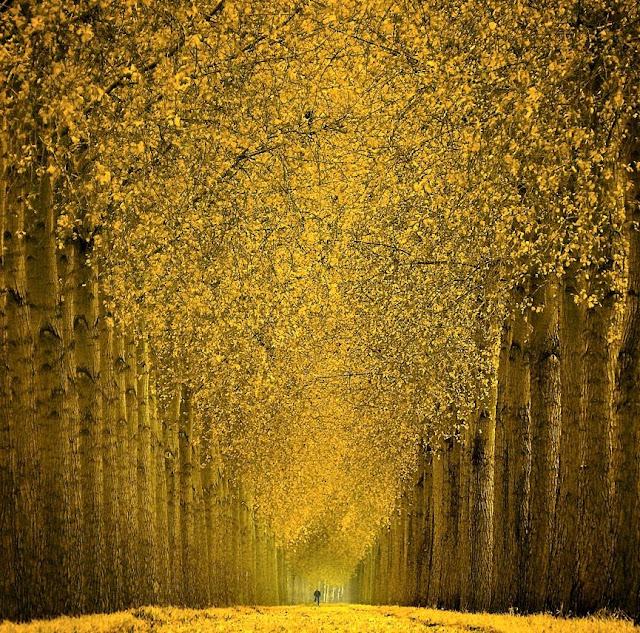 I can see this one hanging in my house.  Color, color, color.  Isn't that what photography captures?  This photo is just the essence of capturing color.  Leading lines, good composition.  Great lighting.  It has it all. 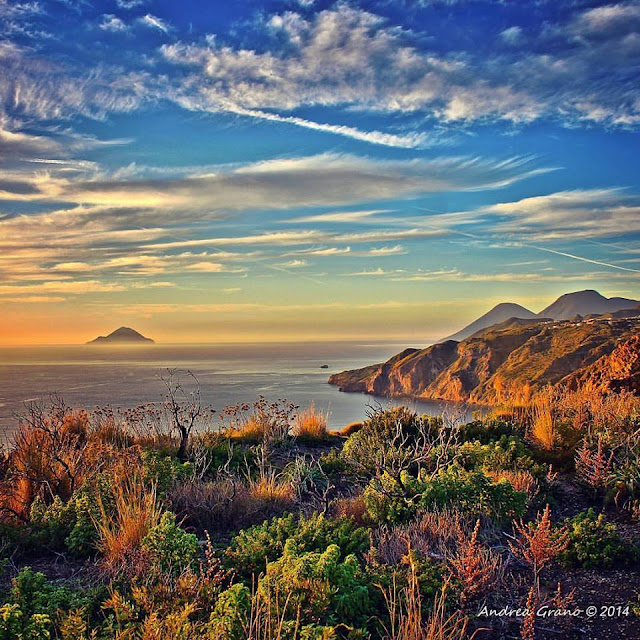 I don't know if any of this was photoshopped or not, but, it deserves to be listed as "Photo of the Week". 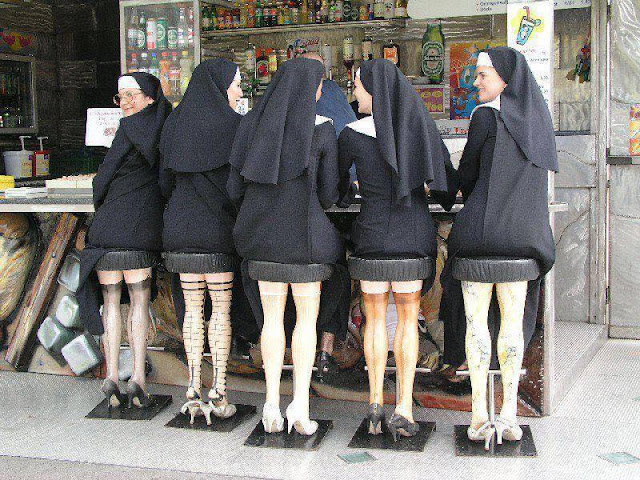 Things aren't always what they appear.  You have to look closely at this picture so you are not deceived, but, this is certainly humorous.  This is a winning photo because it just catches everyones interest so well.
Simply titled:  "oh Well"
Taken by:  Annet Buwalda A beautiful new way to do a portrait:  Done by Surabhi Gupta Photo Art 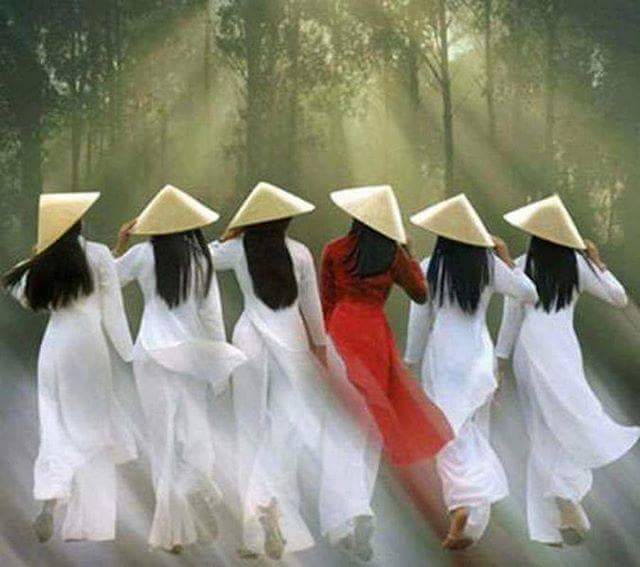 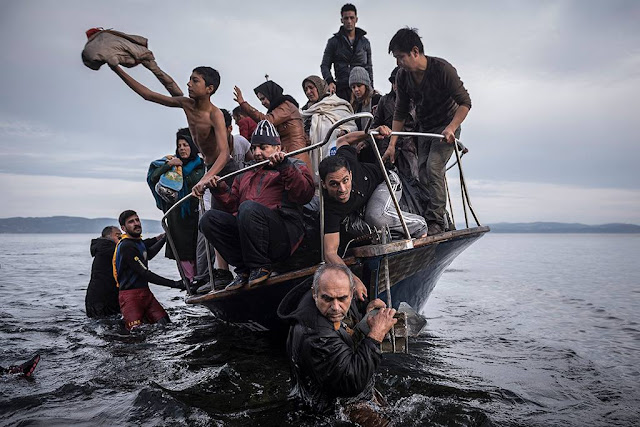 Photo taken by  Sergey Ponomarev for the New York Times 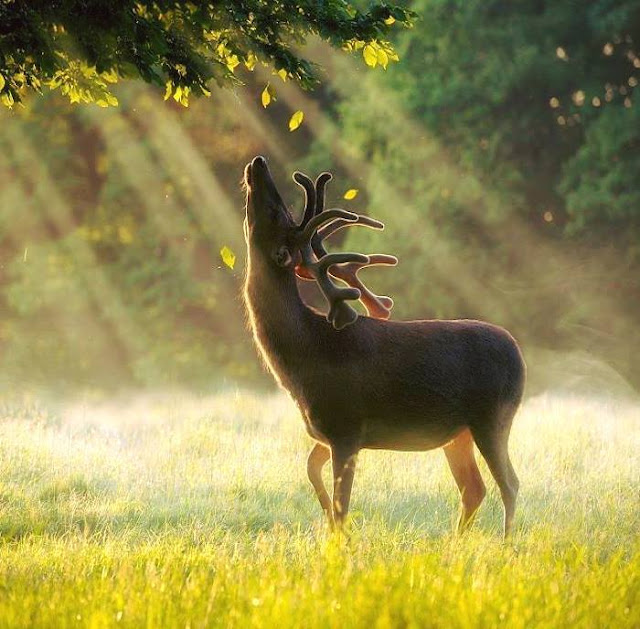 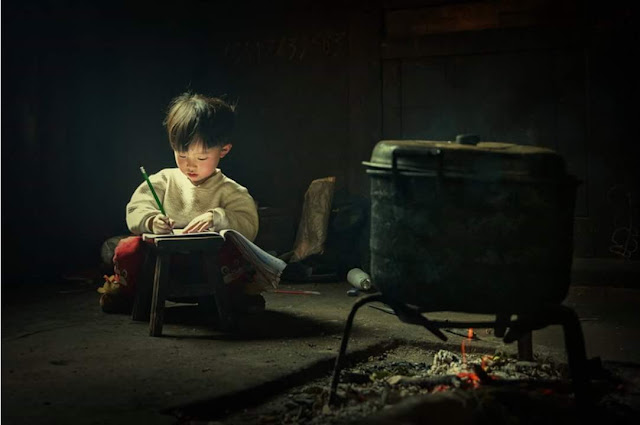 Email ThisBlogThis!Share to TwitterShare to FacebookShare to Pinterest
Labels: 2016 photos of the year.

EMRACE THE UNEXPECTED WHEN SHOOTING LANDSCAPES

How Embracing The Unexpected Will Make You A Better Photographer

“Wait, this wasn’t supposed to happen!” I mutter as I swipe at my phone to bring up the weather app for the hundredth time this afternoon. The sky is completely clear and my chance at an epic sunset shot has disappeared. I’ve snagged a prime location based on intel from fellow photographers and the help of Google Earth. I knew where to be and when. I even checked the radar earlier in the afternoon and it was all so promising. Now there isn’t even a hint of drama in the sky as the sun begins to set.

Sound familiar? Sure, landscape photographers occasionally reap the rewards of everything coming together. But more often than not we must contend with situations that fail to meet our hopes. When faced with poor weather or an obstructed view, creativity can mean the difference between a keeper and a memory card full of duds. Here’s my best advice for making great pictures in poor—and all-too-common—conditions.

WORK WITH THE WEATHER YOU HAVE:

Given the physical toll of being in the field all day combined with subsisting on trail mix and warm water, you may be tempted to abandon a shoot at the slightest hint of bad weather. But having the discipline to wait it out can be extraordinarily rewarding. In fact, some of my favorite photographs were a result of conditions that would’ve caused a younger, less patient me to abandon ship.
Overcast skies and light rain at sunrise? Wait and see if the clouds part. My neatly framed view of Mt. Rundle in Banff National Park, required such patience.

Once, while in the Adirondack Mountains under an underwhelming sky, a rain shower suddenly swept in and I began my retreat from the summit. As I happened to glance sideways, however, I saw a brilliant double rainbow nearly close enough to touch. This led me to scamper like a lunatic back up the mountain, firing off as many shots as I could. I’ve never been so happy while cold and wet.

A completely socked in, overcast, or foggy day may make you want to head for home, too. Your morale can take a hit when hiking with the expectation of expansive views, but stay on the course and work with the bad weather: Create compositions that minimize the sky while placing the primary focus on the foreground.

Perfectly clear skies can be just as challenging as fog, rain, or cloudiness. So what do you do when you can kiss any chance of a magnificent sunset goodbye? Shoot after sunset. Twilight produces beautiful coloration in the sky in shades from blue to purple. Your pictures will be subtler than with the dramatic sunset you imagined, but you may still get a keeper. Since you will lose light quickly, set a longer exposure to enhance the cool colors. If water plays a significant part in your composition, take advantage of its ability to transmit those tones throughout the rest of the scene.

Some locations rely so completely on an interesting sky that if one never materializes it can be difficult to find a compelling landscape shot. Miles of unbroken beaches, for example, make many coastlines ideal for a relaxing vacation, but unless you find some drama above, they offer little in the way of compositional interest.

During one particular pre-dawn stroll on the Outer Banks in North Carolina, I hoped to capture the experience of a sunrise at the ocean. But with so little to work with, how? A lovely palette of colors dawned, but a static shot of the ocean and a cloudless sky would be dull and uninspired. Instead I took an abstract approach, stopped down my aperture to f/22, and began to pan the camera horizontally during the exposure. What resulted were swaths of alternating colors of both cool and warm tones, which captured the essence of that morning on the beach.

You might think that arriving well before dawn in sub-zero temperatures at Bryce Canyon National Park would be sufficient to snag prime real estate. Yet when I got there, all the “best” spots were marked by rows of tripods. Even after many years of photography I can still be a victim of the herd mentality, congregating with all the other photographers. In this case I was forced to stake out a spot on my own.

I didn’t do anything wild—I simply moved away from the pack by several yards. Whereas they were all shooting over a fence, I was able to get low and include a nice foreground in my frame.

Changing plans often means altering your composition. This can be as simple as moving the camera or swapping out the ultrawide-angle lens for a telephoto to capture just a fraction of the vista you intended to shoot. The important thing is to not be so constrained by your preconceived plans that you fail to take advantage of the abundant opportunities that are available. Sometimes doing as little as moving the camera around salvages an otherwise unproductive day.

BE OPEN TO THE HAPPY ACCIDENTS:

Another category of the unexpected involves failing hardware. If you’re in a remote location and your only battery runs out of juice, it’s game over. However, there are less severe situations where being flexible and thinking on the fly can rescue your expedition.

Perhaps in your haste to get to that waterfall you accidentally brought your tele instead of an ultrawide lens. Look for interesting patterns, textures, or reflections for a more abstract approach. Maybe on your hike to the summit you got a nasty scratch on your lens: Rather than shooting into the sun and exacerbating the resultant lens flare, wait until the sun has set.

The fact is that if you photograph long enough, you'll inevitably create a handful of good images that can only be chalked up to happy accidents.

On one trip to the Catskills to capture star trails, I settled on a composition well before dusk and began shooting.  Since photographing star trails is slow going and about as exciting as, well, watching the earth rotate on it's axis, my friend and I left to go grab a beverage.  My heart sank when I returned to my spot and found the front element of my lens completely covered in condensation.  Hours of preparation and shooting down the drain.  Or was it?

After forging ahead and processing the images, I realized that as the condensation increased, the successive star trail images became more blurred. When I stacked them together in post, it created a mesmerizing meteor-like effect. Not only was the image salvaged, it turned out better than I ever expected. It also shows you should never delete images from your camera’s memory card in the field, no matter how poor you think the frames look at the time.

For photographers who shoot outdoors, dealing with less-than-ideal conditions is a fact of life. But armed with these strategies and plenty of patience, I hope you’ll find the motivation to stick it out and create exceptional images in spite of the weather.