SOMEONE I WANT TO MEET:
AND WHY: 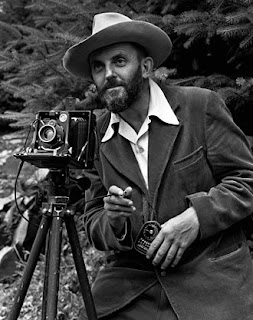 An incredible photographer who, back in the days of film photography, developed the famous "zone system".  And he was so famous for how he could create the perfect black and white photos using his "zone system" of getting the exposure perfect in every photo.
(See: https://en.wikipedia.org/wiki/Zone_System)
As you look at some of his photos, you are certainly mesmerized by the accuracy of his exposure in all his photos.  I can only imagine the time it took for him to take every photo, just because it was so involved: 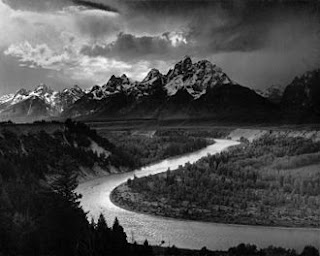 No computer work done in any of his photos.  Everything was as naturally done in the camera as you can get it.  But, he passed away at the age of 82 in 1984.  So, I could never meet him now.

So, who is the famous photographer that I would like to meet today?  Let me introduce you to him:

I may have mentioned that I have been in the photographic industry for some time.  Years, working in a retail store, and seeing books published and seen names and faces in the magazines. And the name that has been shown more than anyone I can think of is:
ART WOLFE
This is the photographer I would love to spend time with today.  Let me introduce you to him if you haven't heard of him: 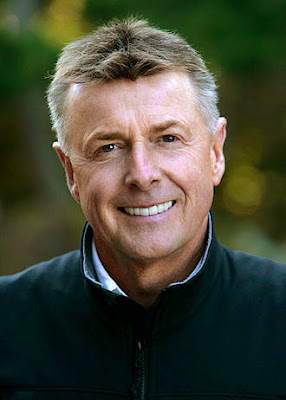 Art Wolfe (born 1951) is an American photographer and conservationist, best known for color images of wildlife, landscapes and native cultures.[2] His photographs document scenes from every continent and hundreds of locations, and have been noted by environmental advocacy groups for their "stunning" visual impact.[3]
Wolfe's career has been described as "multi-faceted", involving wildlife advocacy, art, journalism, and education. According to William Conway, former president of the Wildlife Conservation Society, Wolfe is a "prolific and sensitive recorder of a rapidly vanishing natural world."[4] In the last 30 years, the public has viewed Wolfe's work in more than sixty published books, including Vanishing Act, The High Himalaya, Water: Worlds between Heaven & Earth, Tribes, Rainforests of the World, and The Art of Photographing Nature.[4]  **

**   This comes from Wikipedia

I don't know of any photographer to date that has had their own documentary show on PBS or any program that has gone longer than originally contracted.  Here is the information on that:

The public television series, Travels to the Edge with Art Wolfe,[8] is a documentary project that explores environmental themes of visual interest. Art Wolfe's perspectives on nature, cultural diversity, geography and digital photography are the focus of each episode, as he travels to new global regions.[9] The series is hosted by Art Wolfe and supported by a professional film team (Karel Bauer, Field Director/Director of Photography; Sean White, Director of Photography; John Greengo, Field Production; and Gavriel Jecan, Field Production).[10]
The program began with the making of 13 episodes released in 2007.[11] By 2009, 26 episodes were filmed in nearly as many locations, including Patagonia, Madagascar, Alaska, New Zealand, and India.[12] Some of the specific subjects addressed include glaciers of Alaska, and sacred tattoos created by Maori artists.[13] The program is produced by OPB, distributed by American Public Television and aired on Create.
In 2015, Wolfe appeared in the Australian television series Tales by Light.[14]***

Now, I admit, I would like to post some photos taken by Art Wolfe. More than anything, I would like to spend a week with Mr. Wolfe, on an expedition somewhere to see and learn how this master photographer takes photos.  Of course, it may take some doing to get permission to post some of his photos here on my blog.  But, do remember that many of his books are available on Amazon.com.

I, am an affiliate marketer of Amazon.com, and so, maybe the one thing I can do is to offer all of my readers here, an opportunity to buy his books, and see what I mean.  Perhaps you too, will fall in love with this great photographer.

CLIC THE LINK BELOW FOR MORE INFORMATION ABOUT THE BOOKS
FROM ART WOLFE FROM AMAZON.COM AT A SPECIAL PRICE
https://www.amazon.com/gp/search/ref=as_li_qf_sp_sr_il_tl?ie=UTF8&tag=123photogocom-20&keywords=Art Wolfe books&index=aps&camp=1789&creative=9325&linkCode=xm2&linkId=dc4d9ed528ba0f20545fc0b760fbea42


123Photogo.com
Entertainment & Learning for the photographer

Email ThisBlogThis!Share to TwitterShare to FacebookShare to Pinterest
Labels: and why, ART WOLFE, Someone I want to meet