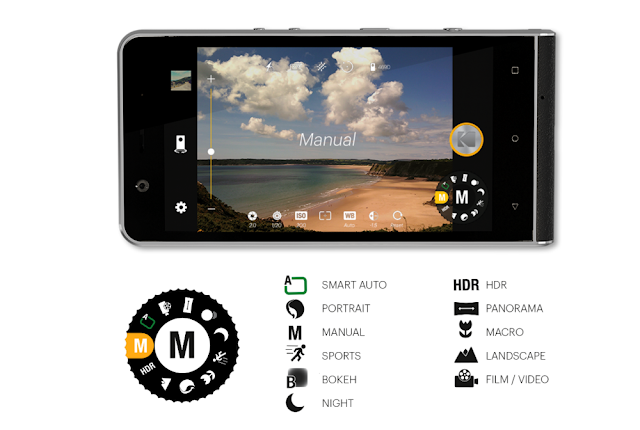 The original Kodak Extra rangefinder camera made its first appearance way back in 1941. Now, Kodak is evoking that classic camera with its new photography-oriented smartphone of the same name.
The phone itself looks, well, like a classic camera. It has the familiar texture and a fixed 26mm (equivalent) lens with a f/2 maximum aperture. It has a dedicated two-step shutter button as well to make it feel more like a camera.
The back of the camera has a 5-inch haptic touchscreen and a collection of manual and creative shooting modes to make it more flexible. It also has a “bokeh” mode like the iPhone 7S Plus to simulate shallow depth of field


The phone comes with Snapseed pre-loaded to handle the editing in an Android shell.
It’s interesting to see the photo companies making their plays into the smartphone world, like Hasselblad with its TK add on. So far, reactions to Kodak’s Ektra phone have been a bit skeptical, but Kodak has already proactively said that it’s not a mass-market play, but rather something for photographers.
I’m interested to see if the camera can offer some kind of photographic quality that the already-excellent smartphone leaders (like the iPhone) aren’t offering, but even just a dedicated shutter button is enough to give it some appeal.

No, seriously, it's rubber from a table tennis bat. 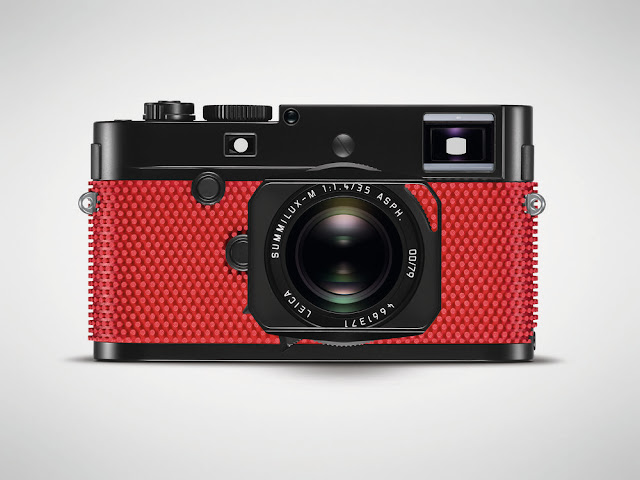 I love Leica’s limited-edition cameras. I’ll never own one and sometimes they seem downright silly, but there’s always something new and interesting going on in that design department. The latest limited Leica will come in a series of just 79 units and will be wrapped in the same rubber you find on a ping pong paddle (or a table tennis bat, if you prefer).
The camera was made in collaboration with Rolf Sachs and is a Leica M-P rangefinder body paired with the iconic Leica Summilux-M 35mm f/1.4 ASPH prime lens. The goal, according to Leica, was to make something that’s visually striking and easy to grip, and it sure seems like the company has succeeded in both of those areas.
In addition to the bright red grip, there are also a few other red flourishes around the camera, including the recessed numbers on the top dials. Of course, if you want to feel just how grippy that rubber wrap really is, you’ll have to shell out $14,950 to buy one of the limited edition kits. Sadly, these are meant to be collector’s items, so few of them will ever probably actually get out into the wild and take pictures, but I really like this one. 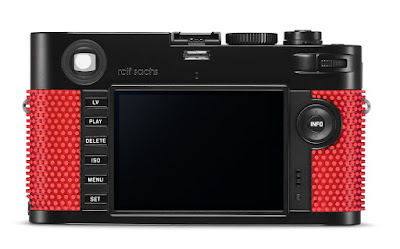 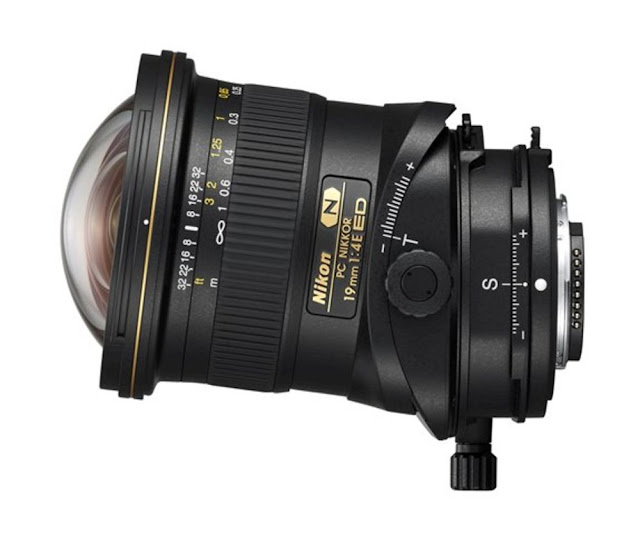 The knobs on the lens allow the optics to be moved around in order to create specific focus and compositional effects.

In recent years, tilt-shift lenses have enjoyed an uptick in popularity as some portrait and wedding photographers have begun employing the unique focus effects they offer. Now, Nikon has a new PC Nikkor 19mm F/4E ED tilt shift lens to add to the wide-end of its lineup, which should have strong appeal with the architecture and still life crowd.
The new lens has tilt, swing, and shift movements, which you can read more about here in our introduction to tilt-shift lenses. It has two aspherical elements inside, as well as three Extra-Low Dispersion elements to cut down on optical irregularities. It also uses Nikon’s Nano Crystal coat to fight glare and a fluorine coating to repel water, grime, and whatever else may want to stick to the front of the lens.

The 19mm focal length makes it the widest tilt-shift option in the Nikon lineup, which might make it less useful to the portrait shooters, but more desirable to those shooting interiors and architecture, as well as those who just want an ultra-sharp landscape lens. Typically, tilt-shift lenses are some of the sharpest around because they require a larger image circle to accommodate the moving optics, so the sweet spot in the center covers the entire frame.
There’s a lot of engineering in this lens, and the price tag reflects that, checking in at $3,399. Hopefully we’ll get the chance to check it out later this week at the Photo Plus Expo in NYC.

TO FULLY UNDERSTAND HOW A "TILT-SHIFT" LENS WORKS, POPULAR PHOTOGRAPHY MAGAZINE HAS PUBLISHED AN ARTICLE ON EXACTLY HOW IT WORKS, WITH PHOTOS TO EXPLAIN IT ALL.  IT IS WORTH READING.
HERE IS THE LINK TO THAT ARTICLE:
http://www.popphoto.com/how-to/2011/05/complete-guide-to-tiltshift-photography