NEW AND INTERESTING PRODUCTS FROM PHOTOKINA:


The biggest photo convention in the world just finished in Europe called Photokina.  Many of the manufactures show off their new products.  In fact, this is the time of year when more new products are showed than any other time of the year.  I have been highlighting in the last few weeks, all the new cameras and lenses that have been introduced.  But, here are some other new products that were announced at Photokina that were also introduced that I found interesting: 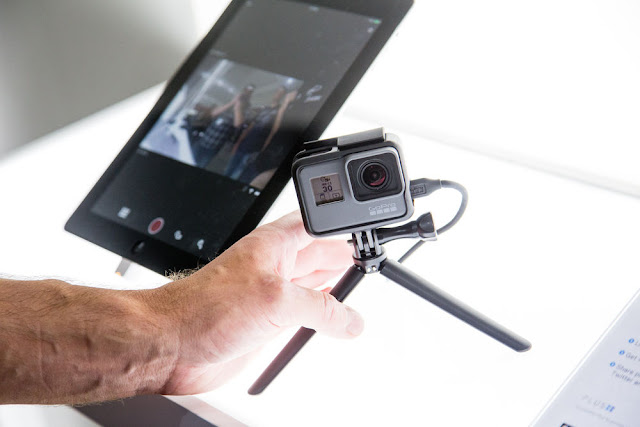 Lots of action shooters have been eagerly awaiting the new flagship GoPro camera and we got our first chance to meet it here at the show. The HD Hero5 no longer needs that familiar clear GoPro case to be waterproof or tough. It also now responds to voice commands and has a full-on touchscreen on the back of the camera for composing shots, as well as controlling the settings. The imaging stats haven’t changed much, but I have no doubt that the screen and voice commands will make this feel like a much different camera in the field. 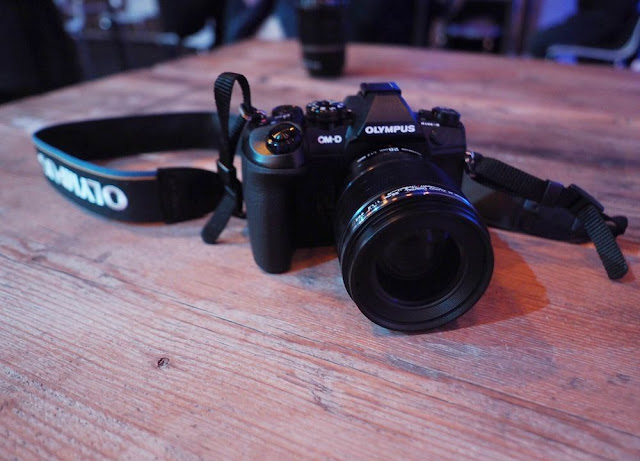 We met a number of new flagship cameras here at Photokina 2016, but it was definitely the Olympus OM-D E-M1 Mark II that made the splashiest entrance. Olympus promises a full stop better low-light performance, a totally revamped autofocus system with 121 selectable points, and the ability to crank out 18 fps with AF tracking on or a massive 60 fps with tracking turned off. 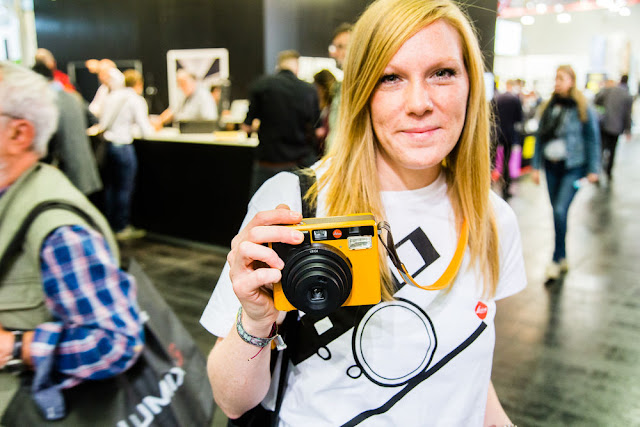 Leica’s Photokina announcements typically involve high-class cameras with massive price tags, but this year, the company’s big story was a small instant film camera called the Sofort. It comes in three colors and uses Instax Mini-sized film. Sure, it’s $300 price tag is kinda high compared to the competition, but after using it I really did end up wanting one. 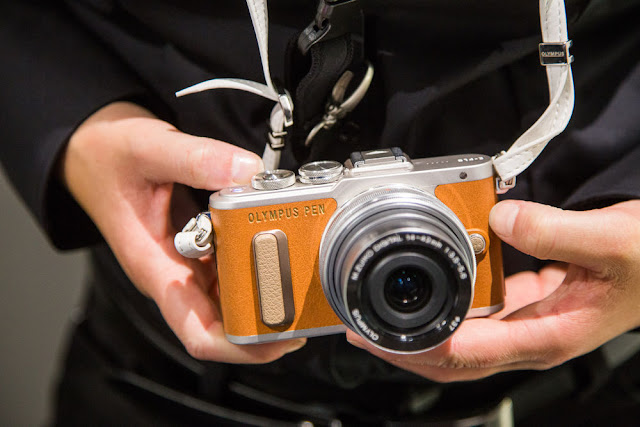 The OM-D E-M1 Mark II is a pretty big upgrade from its predecessor, but the new PEN E-PL8 is a pretty standard upgrade for this consumer-grade interchangeable-lens compact camera. It has a 16-megapixel Live MOS sensor with three-axis image stabilization. It also has a 3-inch flip touch screen that makes it very capable in the realm of selfies. 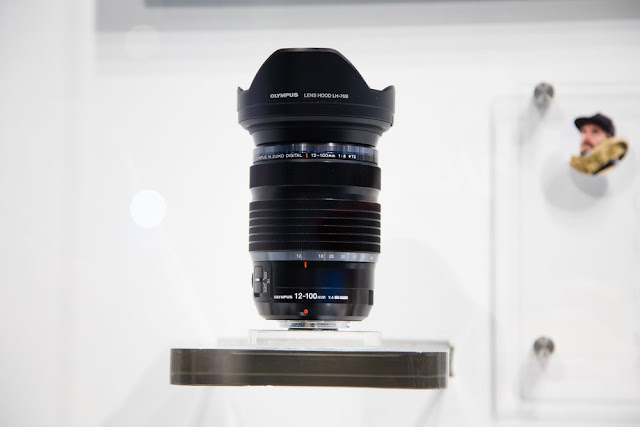 I first held the new Olympus do-it-all zoom at the OM-D E-M1 Mark II launch event. The announcement promises up to six stops of image stabilization, which is pretty unheard of in the real world. I was able to test it out a little and got some mostly-sharp images with 1-second—and even 2 second—exposures. This seems like a really killer option for a lens that never comes off the camera when traveling. 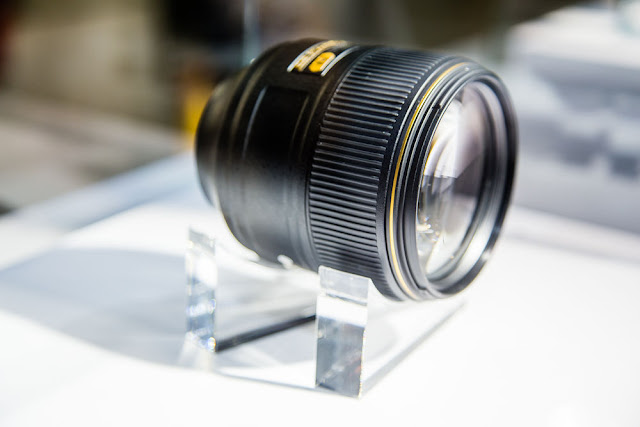 OK, so this thing wasn’t exactly announced here at Photokina, but it is one of our first opportunities to see it in person. It’s a chunky piece of glass with an insanely-beautiful front glass element. It seems to balance very nicely with a higher-end DSLR body and we can’t wait to get one in to test. It’s going to be bokeh-city. 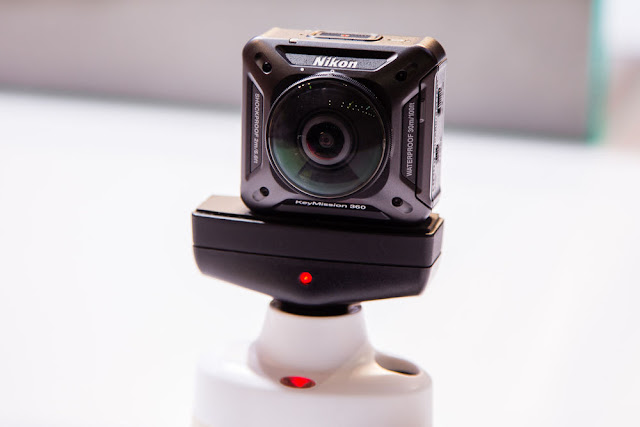 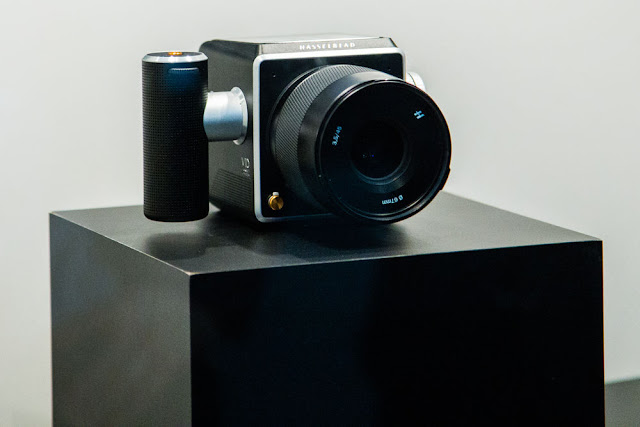 The only version of this camera Hasselblad had on the floor looked like a very early prototype (basically a wood block shaped like a camera), but it represents a pretty interesting idea. The camera would be one of Hasselblad’s iconic medium format rigs with different modules that can be swapped in and out. Want the handle and grip on the left? Sure. Want tons of viewfinder options? No problem. It’s a clever idea if it ever comes into the real world. 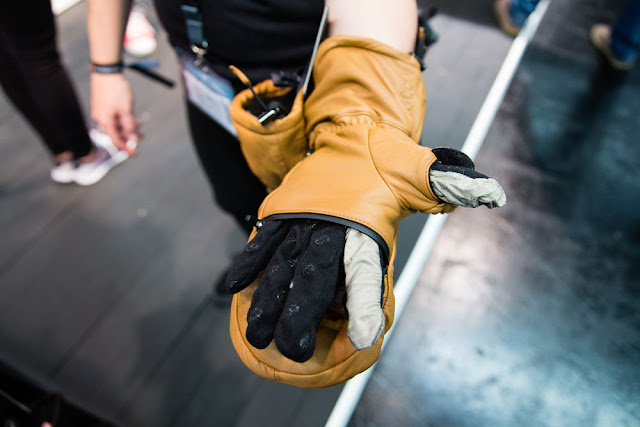 We are really big fans of the Cooph clothing for photographers and the company’s new convertible winter glove seems like a real winner. The inside is extremely soft and warm, but the mitten flips back to expose the fingers for shooting. The forefinger and thumb are touchscreen compliant as well. They come in several colors including this camel brown color and black. 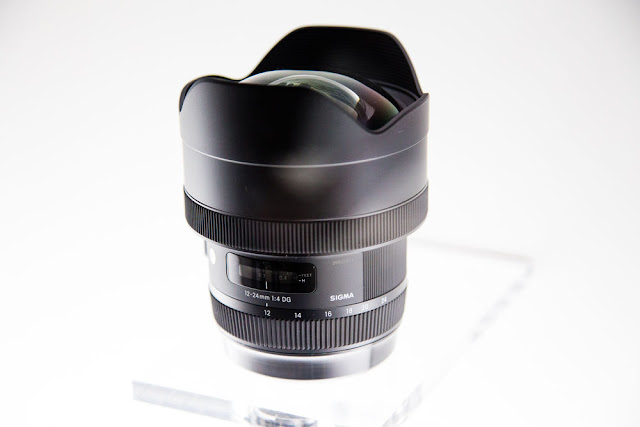 The previous version of this wide-angle, full-frame zoom lens had a variable maximum aperture, but the new version stays at f/4 across the entire zoom range, which is a great improvement. According to Sigma, it took the addition of one of the biggest ever aspherical elements to make it happen. 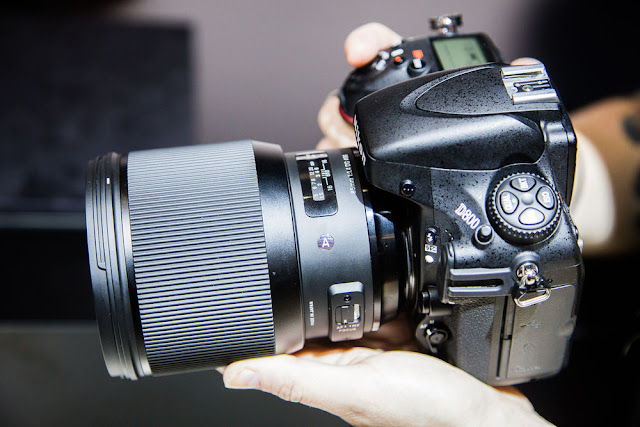 We have been expecting Sigma to add the 85mm focal length to its mega-popular Art series lens line for a while, and it finally got official here at Photokina 2016. The outside of the lens has been updated to match the satin-black finish of the rest of the Art line, and inside it has gotten a bit of an optical overhaul. It also promises faster AF and better coatings than its non-Art predecessor. It will cost $1,199. 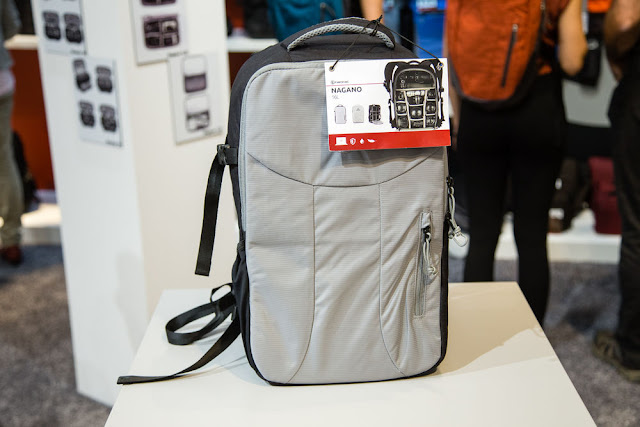 If there was a trend in camera bags at this year’s show, it was certainly light weight materials. The new Tamrac Nagano is absurdly light when empty despite having room for a couple camera bodies and lenses with accessories. It doesn’t have a ton of pockets outside the main compartment, but its portability seems like a win. 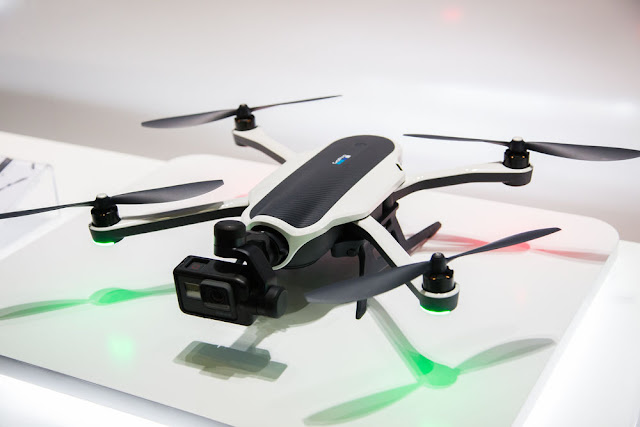 Go Pro Karma
Drones were not really big news, but this one from Go Pro made a big splash.  It was so versatile, lightweight and super easy to fly.  Everyone seemed like they wanted to buy one. 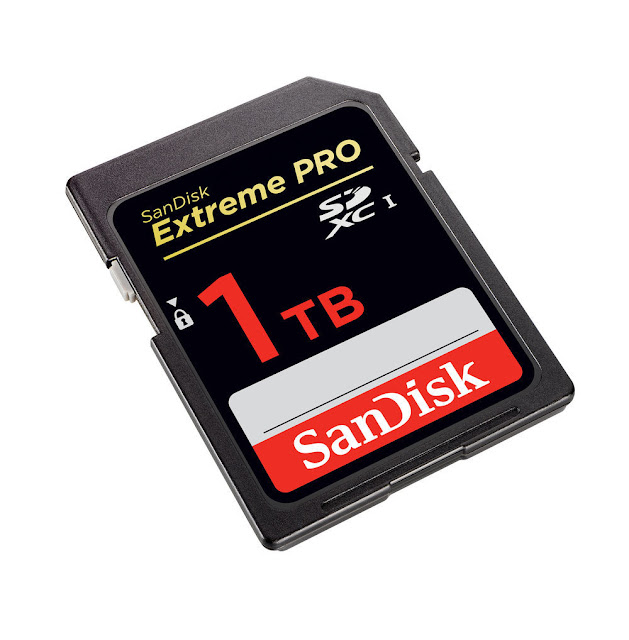 Oddly enough, one of our most popular posts from the entire show was the simple announcement of Sandisk’s new 1 terabyte SD memory card. The card is pretty much identical to the company’s current offerings, only with twice as much storage. It’s certainly a benchmark and will likely become much more common sooner than later with the impending era of super-high-res video and photography.

That is a fun synopsis of Photokina.  A different look at even some of the things that we have looked at plus some of the other things we have missed.  Any thing surprise you?  My biggest surprise is the last thing mentioned above.  Can you believe SanDisk has come up with a 1Tb storage disk now?  Oh My,  I bet that won't be cheap, but, wow, that can hold a lot of memory.  Amazing.   So, until next week.

Email ThisBlogThis!Share to TwitterShare to FacebookShare to Pinterest
Labels: NEW PRODUCTS FROM PHOTOKINA.