WHY WOULD I BUY A PHOTO FROM A PROFESSIONAL PHOTOGRAPHER?

WHY WOULD I BUY A PHOTO FROM A PROFESSIONAL PHOTOGRAPHER?

Have you ever gone to a website of a photographer who sells their photos?  If you have, and you noticed their price, did you wonder:  "why would anyone pay that much for one of their photos"?

Ask yourself this:  At what point does a photographer become good enough to become an artist?

And then, if they are truly an artist, don't they deserve to sell their photos?

If you take an artist who uses a paintbrush, and they are really good, it seems that most people don't hesitate to pay the money it takes to buy one of their paintings.  How long did it take for that artist to become that good, that they can sell their paintings for money?

MY RESPONSE IS:  IT IS DETERMINED BY THE AMOUNT OF "BLOOD AND GUTS, AND TRAINING" THAT HAS GONE IN TO CREATING THOSE PHOTOS.  I HAVE SEEN SOME PHOTOS IN 8x10 SELL AS MUCH AS $599, AND AS LOW AS $10 FOR THE SAME SIZE.  I WOULD SAY IT ALL DEPENDS ON THE EXPERTISE OF THE PHOTOGRAPHER.  I AM GOING TO SAY THAT ON MY OWN WEBSITE, I HAVE SOME 8x10 PHOTOS THAT SELL AT A VARIETY OF PRICES, DEPENDING ON THE UNIQUENESS OF THE PHOTO, AND THE PAIN AND SKILL IT TOOK TO CREATE THAT PHOTO. 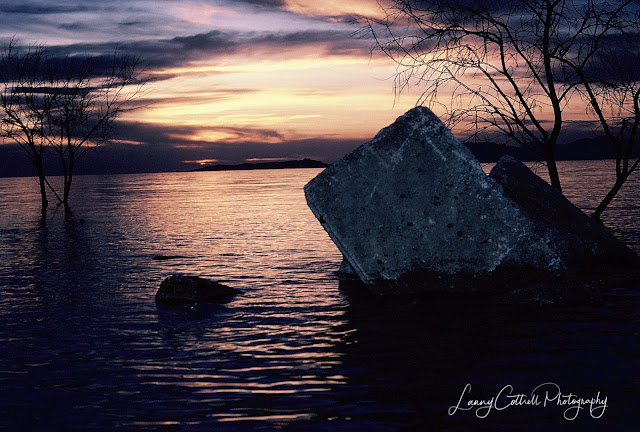 ONE OTHER ARGUMENT YOU SHOULD THROW AWAY:  BUT I CAN TAKE JUST AS GOOD OF PHOTOS AS THEY CAN.  WHY SHOULD I PAY THAT MUCH FOR THAT ONE AS ONE THAT I CAN TAKE?  OH REALLY?  DON'T YOU SEE THAT MOST PHOTOS ARE CREATED BY,  A-  BEING THERE AT THE RIGHT TIME AND THE RIGHT PLACE, AND B- THE EXPERTISE OF KNOWING HOW TO SET THE CAMERA RIGHT AND GETTING IT RIGHT THE FIRST TIME. THAT MIGHT BE MORE VALUABLE THAN YOU TRYING TO GET IT ON YOUR OWN?  I AM NOT TRYING TO BE HARSH WITH THIS, PLEASE, I AM JUST TRYING TO PLEAD THE CASE FOR ALL PROFESSIONAL PHOTOGRAPHERS OUT THERE, TRYING TO SELL THEIR ART WORK.  IT IS ART, AND THAT IS WHAT YOU ARE BUYING.  AND THAT IS WHY YOU BUY ART FROM A PHOTOGRAPHER.  THERE COMES A TIME WHEN THE PHOTOGRAPHER HAS COME TO THAT POINT, WHEN THEIR WORK BECOMES THAT GOOD.  AND YOU NOW HAVE AN OPPORTUNITY TO BUY SOMETHING REALLY UNIQUE.

I WANT TO INTRODUCE YOU TO A FEW OF MY PHOTOGRAPHER FRIENDS WHO DO SELL THEIR PHOTOS.  I AM PROUD TO HAVE THEM AS MY FRIENDS, AND I WANT YOU TO GO TO THEIR WEBSITES AND SEE WHAT TRUE ART IS, IN PHOTOGRAPHY.  TAKE A LOOK AT THESE:

Laure Excell has been doing photography since a kid in school in 1966.  And then when she could went on to work in several photo retail shops for over 25 years.  In retail, you teach people how to take pictures.  Along the way, you, yourself, become really good at that as well.  And then she went on to do her own thing.  Went on to teach photography, conduct photo tours around the world, and conduct photo classes for people, then won many photographic awards as well.  Why wouldn't she share her talents to the world.  She is now living the dream, taking pictures all over the world, and you can buy her photos off her website.
One of the things Laurie enjoys the most now, is to help people get that "ah" moment when they first "get it" in learning photography themselves.  She has grown that passion for helping people to learn photography.  If you find Laurie in your journeys around the world, you will probably find her helping a photographer with their camera, getting the composition or their camera skills honed in for the great photo themselves.

She has been all over the world, and should share her work with the world too.

Born in Hood River, Oregon, Rob Daugherty has always been very involved with animals and nature making photography a priority in his life. His employment in Law Enforcement with the Federal Fisheries Agency on the Columbia River gave him the opportunity to view wildlife from land, sea and air further inspiring him to capture the landscapes and wildlife that he encountered on a daily basis in the two states of his jurisdiction. From photographing Bald Eagles in the beautiful Columbia River Gorge to the landscapes of the Oregon coastline and capturing the wildlife of the breathtaking Mt Hood National Forest, Rob laid the foundation for what would become his life’s passion.
After moving to Northern Utah in 2005, Rob was inspired by the large number of wildlife photography opportunities available within short distances of his North Salt Lake home. With several state and National parks in close proximity to his home, Rob has honed his skills to include the capturing of his subjects in their most vulnerable moments. From the delivery of a Bison calf which must be able to stand and join the herd within less than an hour of birth so as not to be left behind to witnessing a mother bear teaching her cubs to forage for means of survival. He has developed a great sense of patience in waiting for that “One Shot” that will leave you with a deep appreciation for nature and all of its wonders. His greatest inspiration is driven by his love for both Yellowstone and Teton National Parks which he travels to more than 15 times each year in addition to dozens of other State and National Parks.
As an international photographer, Rob has experienced places and cultures that have humbled him and instilled in him an even greater appreciation for the world in which we live. His international travels include: Tanzania, South Africa, Botswana, Namibia, Zambia, and Zimbabwe, Laos, Cambodia, Vietnam, and China.
His frequent trips to our nation’s most picturesque National Parks include Yellowstone, the Tetons, Arches, Zion, Canyonlands, Bryce, and Capitol Reef, as well as numerous state parks, wildlife refuges and bird sanctuaries.

Imagine the photos that he would have for his collection to share with the world.  And you can have some of his collection on your wall as well.  By going to his website.  Go to:
http://www.robswildlifephotos.com/index 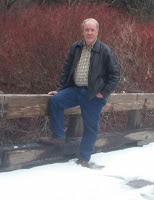 Lanny Cottrell has been involved in photography since 1976, as he started working in a photo retail store.  Quickly learning photography and learning to love the art of photography.  He worked in retail photography for almost 20 years, and then went on to other adventures.  But, during those 20 years, did get the opportunity to teach photography classes almost regularly to his clients that came into his store.  It was fun to do, and he found that he should practice what he preached.  In one year during the annual managers meeting, he entered one of his photos in the annual portrait of the year contest, and took first place.  That was a new feeling for him, and so he tried to see if he had a feel in the local county fair, and entered some photos in the county fair, and took first, second and an honorable mention in the fair.  So, then tried to go big time, saw a contest in a photo magazine for Vivitar, and tried entering one of his photos there.  This was a national contest and he took second place in a national contest.  The photo was of for overlaying the city of where he lived.

After that he was asked by the county fair and other photographic contests to be the judges of contests.  That was a brutal shock, because after you taught photography for a long time, it became obvious who should win.  And then when the so called "professionals" didn't win they thought you were not a reputable photographer.  Good thing there was more than one judge to back him up. So, after years of teaching and then trying, he now has his own website to market some of his photos as well.  Check out his link as well:
https://123photogo.myshopify.com/
www.123photog.com

What is the moral of this blog:  Remember that photographers are artists.  When they get to the point of selling their photos, it is because they have become skilled enough to sell their art work to the world.  Perhaps some day, you can say:  I actually own, a photo by:  "_______________"

Email ThisBlogThis!Share to TwitterShare to FacebookShare to Pinterest
Labels: Buying photographs from a photographer.