THE MOST BEAUTIFUL PLACES IN THE WORLD TO SEE SPRING FLOWERS

PHOTOS OF THE WEEK: 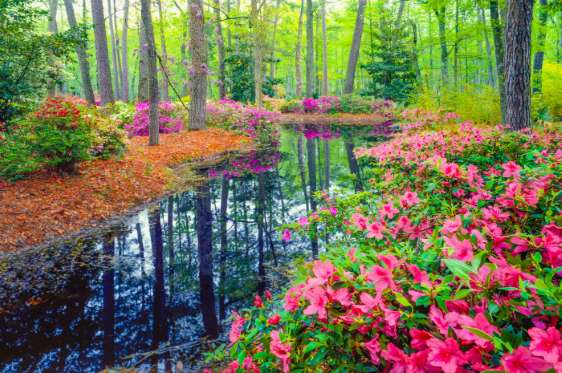 Photo by: istock
Chase away the winter blues with a blast of vibrant colors. You have plenty of options whether your in a city or the countryside with picturesque botanic gardens, otherworldly festivals and huge fields of flamboyant wildflowers. Warmer temperatures are already melting the last signs of the gray winter, sending more people outside. Flowers have an immediate impact on happiness and a long-term positive effect on moods, according to science. 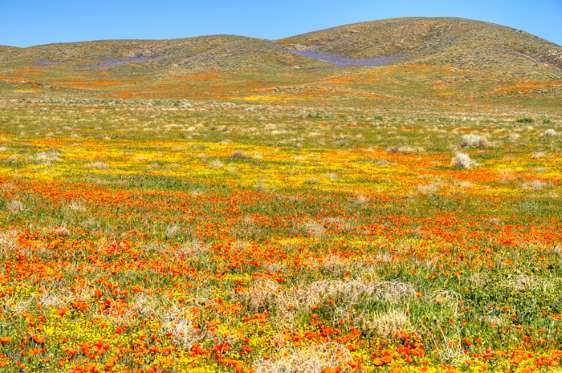 As of March 17, the poppies have started blooming on the east half of the park. They suddenly exploded into color in just one week, and can even be seen from across the valley. The peak is expected in late March/early April, according to California State Parks. This western edge of the Mojave Desert northeast of Los Angeles is one of the last places where you can see whole hillsides covered in the spectacular state flower of the aptly named Golden State. 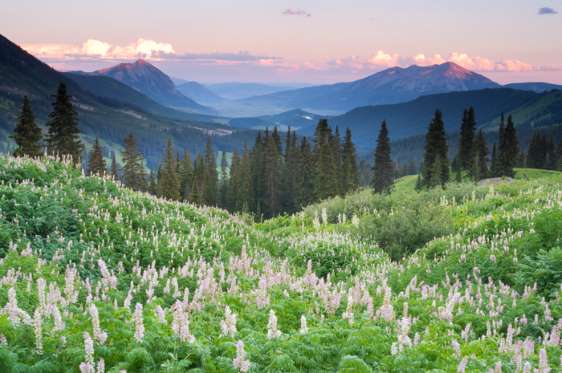 The Alpine Loop Scenic Byway offers a wide range of spring wildflowers. You’ll see areas of red, pink, yellow, blue, purple, and white flowers covering the meadows like a colorful blanket. Whether you drive along the roads or walk, be sure to look for the beautiful Colorado blue columbine. The Crested Butte has been known as the “Wildflower Capital” of the state. There, you will also find stunning yellow sunflowers, purple delphiniums, lupines, and death camas, which are a kind of lily flower. The annual Wildflower Festival this year is July 7-16. 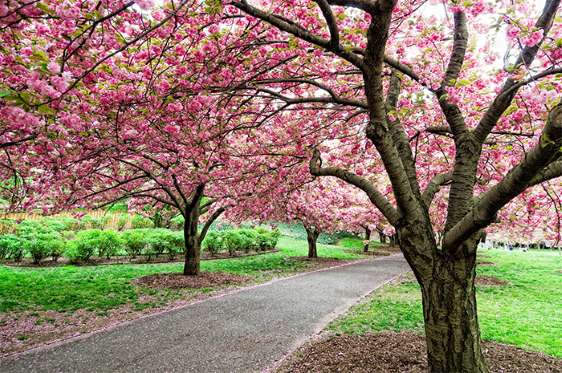 The Brooklyn Botanic Garden has been labeled one of New York City’s greatest treasures. It has at least 20 different gardens, pavilions, exhibits, collections, and even museums. The lilacs are especially popular in April and May when their scent fills up the air. In late April, the bluebells burst into flowers and create a captivating woodland spectacle. The tree peonies and their marvelous aroma bloom in April and May as well. 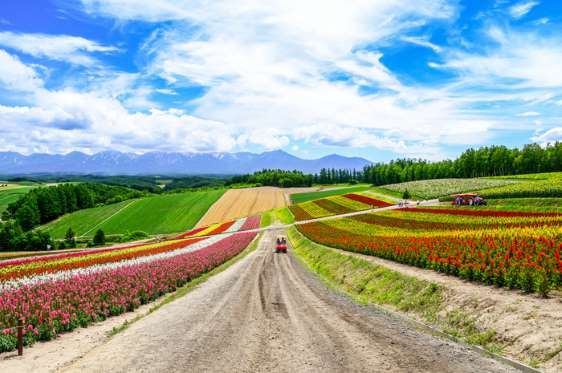 Lavender has been cultivated in Hokkaido for more than half a century, according to Japan Guide. Furano’s lavender fields attract thousands of visitors to the region every year. The majority of lavender usually starts blooming in late June and reaches its peak from around mid-July to early August. Other kinds of flowers that lure tourists in June are rape blossoms, poppies and lupins. 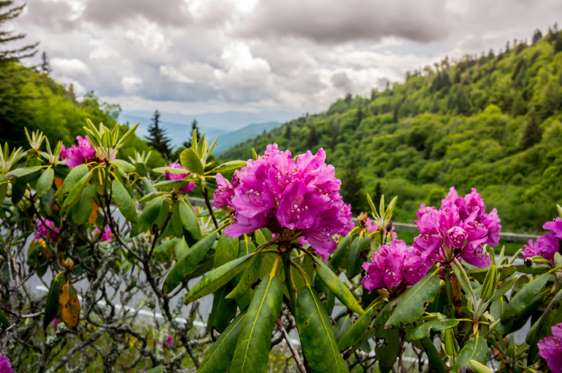 This national park, the most visited one in the country, has more than 1,500 different kinds of flowers, the most in the country. That’s why its nickname is the “Wildflower National Park.” You can find orchids, violets, trilliums, and crested dwarf irises all over if you go in the spring in April. The park hosts the Spring Wildflower Pilgrimage (April 11-15), a festival of programs and guided walks and hikes that explore the wondrous diversity of life in the park, according to NPS. 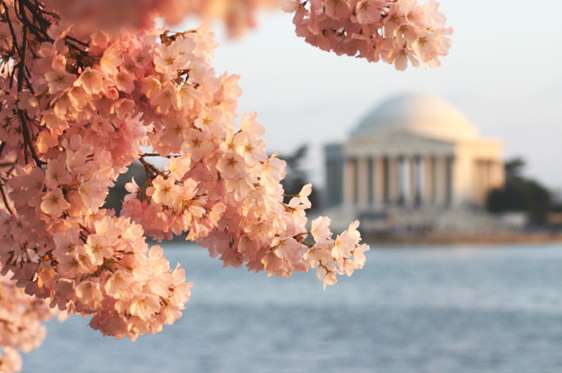 The “nation’s greatest springtime celebration” is in the nation’s capital. The tradition started in 1912 when the mayor of Tokyo gave 3,000 cherry trees to the U.S. as a sign of friendship. Some of the favorite events during the event are the Blossom Kite Festival and the parade down Constitution Avenue, which also happens to be one of the largest displays in the country. This year’s event lasts until April 16. 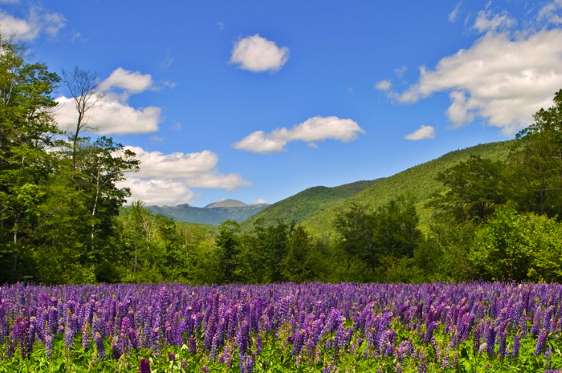 The lupines of Sugar Hill are known all over the country. Imagine yellow, red, white and all kinds of wildflowers amid the beautiful purple lupines while hearing birds and butterflies hover around with mountains ranges in the background. The state pays homage to this captivating wildflower with the Fields of Lupine Festival, now known as the Celebration of Lupine, every year. 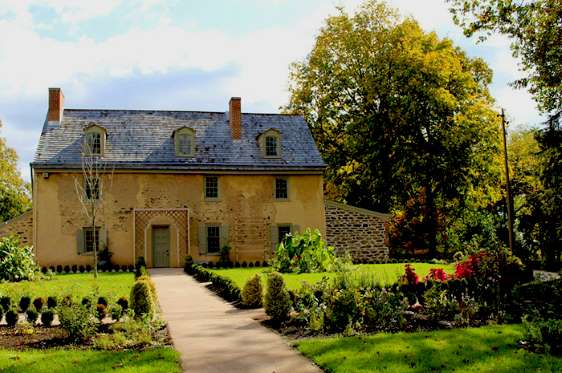 Bartram’s Garden, Pennsylvania
The garden, the oldest living botanic garden in the U.S., is just one reason why Philadelphia is a must-visit city in 2017. The 45-acre National Historic Landmark is a destination and an outdoor classroom as well as a living laboratory that is visited by more than 40,000 people every year. Admission is free. The garden features a wildflower meadow, river trail, wetland and farm buildings, and they offer tours. 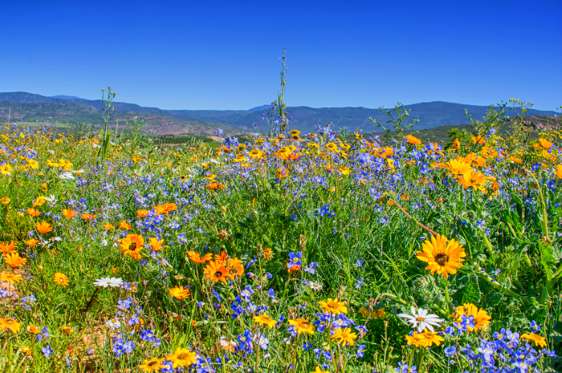 Cape Floral Kingdom, South Africa
Inscribed on the World Heritage List in 2004, the property at the south-western extremity of South Africa is one of the world’s great centers of terrestrial biodiversity, according to UNESCO. The region includes national parks, nature reserves, wilderness areas, state forests, and mountain catchment areas. It is recognized as one of the most special places for plants in the world. 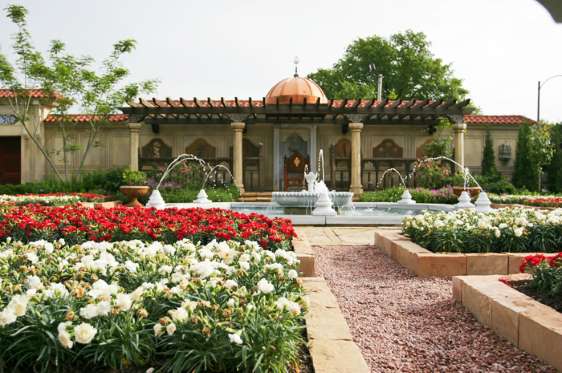 Missouri Botanical Garden’s Orchid Show
If you want to see more than 7,500 orchid plans, representing more than 2,500 unique orchid taxa, in the same place, visit the Missouri Botanical Garden. The show’s last day is March 26. You’ll also find roses and a tropical rainforest in the Climatron conservatory. The garden is also known for its amazing collections of magnolias, camellias and daylilies. 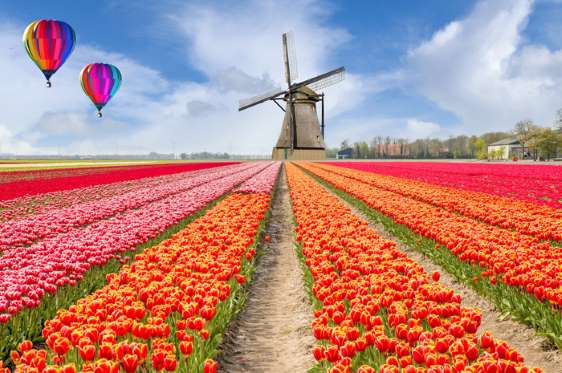 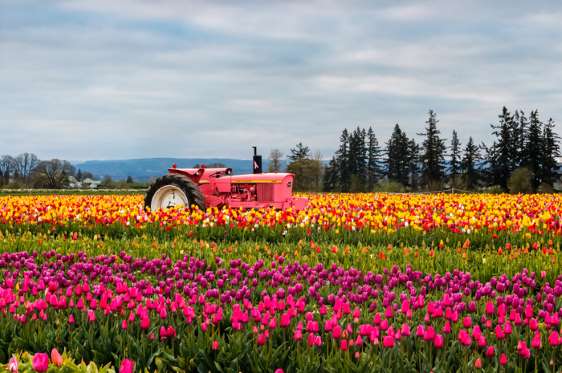 Tulip Fest, Oregon
Portland is known as the “City of Roses” but you can enjoy a sea of tulips just a half hour away during the annual Tulip Festival (March 24-April 30). You can find more than 40 acres covered with the beautiful spring bulbs at the Wooden Shoe Tulip Farm. The Rose Festival and its Grand Floral Parade are equally mesmerizing 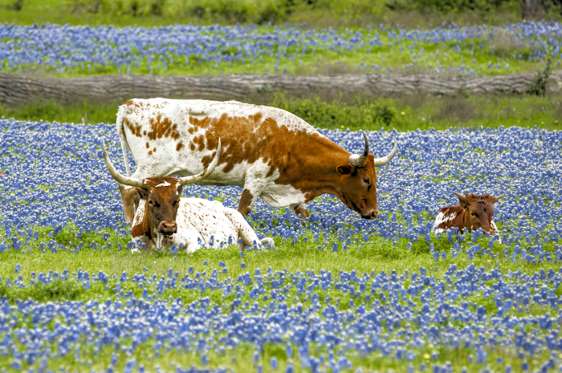 Bluebonnets in Texas
You know how everything is bigger in Texas? Flowers are no exception. The bluebonnets are more than 12 inches tall, so it’s no wonder they are Texans’ favorite. Drive around Hill Country to see the mighty flowers anywhere you turn. There is even a designated Bluebonnet Trail in Ennis from April 1-30.Explore the more than 40 miles of mapped driving routes – the oldest such trails known in the state. 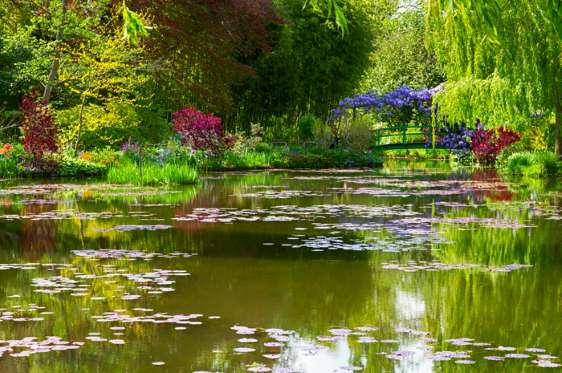 Giverny Monet’s Garden, France
April is the time to go to see stunning daffodils, tulips, hyacinths, daisies, myosotis, and cherry blossoms. The popular Giverny Monet’s Garden, which includes the iconic Water Garden, opens on March 24. This is where the famous Japanese bridge is, covered with wisterias. Other smaller bridges, weeping willows, a bamboo wood, and water lillies which bloom all summer long can also be seen. The land in the Clos Normand is divided into flowerbeds where flower clumps of different heights create volume. 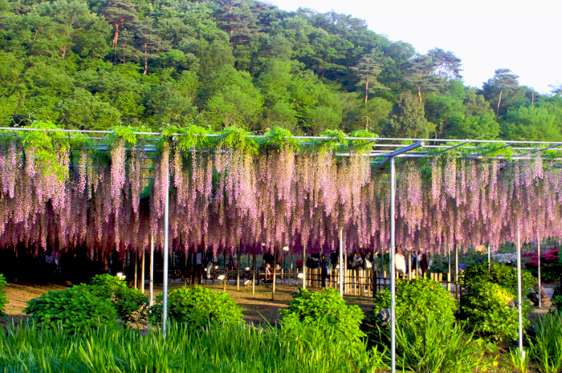 Ashikaga Flower Park, Tochigi Prefecture, Japan
This is where you’ll go to see stunning wisteria, or fuji flowers. Ashikaga Flower Park features lots of blue, white and pink fuji, as well as yellow laburnum that look like yellow colored fuji, according to Japan Guide. One large fuji tree is a century old and its branches are supported to create a huge umbrella of blue fuji flowers.

And there you have 16 of the most beautiful places in the world to take photos of spring flowers.  Do you live close to any of these?  Perhaps you could visit these places.

ARTICLE BY:  THE ACTIVE TIMES AND WRITTEN BY:
HRISTINA BYRNES

TODAY'S SPECIAL:  BETTER PHOTO BASICS, PLUS BOOKS ON HOW TO TAKE BETTER PHOTOS OF FLOWERS AND CLOSE-UP PHOTOGRAPHY,  CLICK THE LINK BELOW FOR SPECIAL OFFERS:


123PHOTOGO.COM
Entertainment & Learning for the photographer