HERE ARE TRICKS TO MAKE YOU LOOK BETTER IN PORTRAITS

DO YOU HATE PICTURES OF YOURSELF?

Then help out the photographer by following these steps in posing: 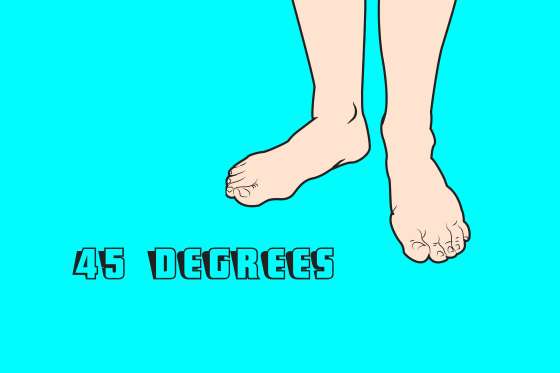 Facing the camera straight-on shows you at your widest point. Stand at a bit of an angle instead for a more flattering angle, say Jenn and Shawn Moreau, wedding photographers with Moreau & Company. 'If you angle your body at a 45-degree angle with one leg toward the camera, it lengthens your body instead,' says Jenn. 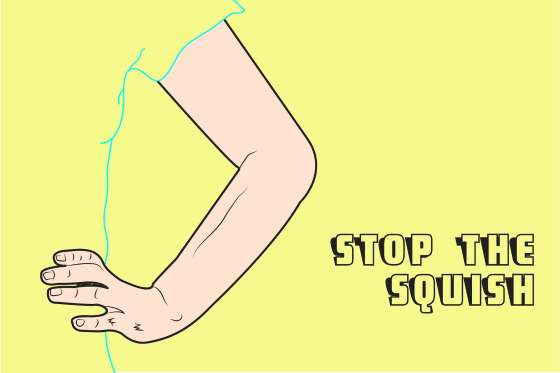 Holding your arms down squishes them against your body, making them appear wider. Placing your hand on your hip is an easy way to stop the squish, says Ginger Burr, founder of Total Image Consultants. If that looks too posed for you, keep your arms at your sides without resting them down. 'Let there be a little space between your body and your arm,' says Burr. If you’re having trouble making it look natural, start with your hand on your hip and then bring it back down. Your shoulder will fall back, making it easy to create the space you want. 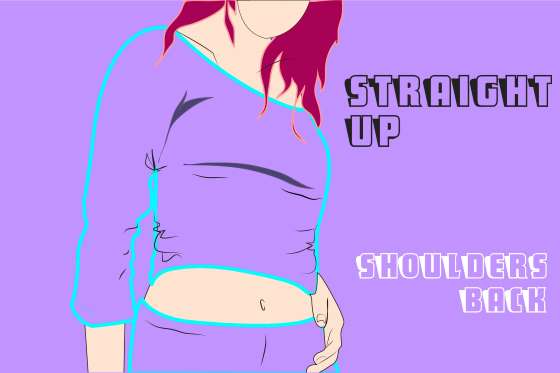 Improving your posture isn’t just good for your back—it also slims you instantly. Practice standing up straight with your shoulders back and chest out. 'We tend to hunch naturally, so when you pull back a little, it straightens you out,' says Shawn. 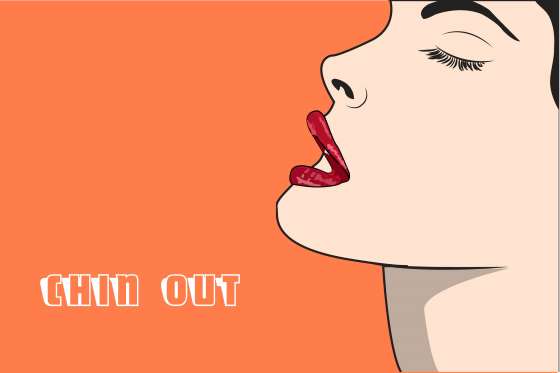 To keep your face from looking wide without creating a double chin, tilt your head forward just a tad. 'Stick your chin out a little bit—think of leading with your forehead,' says Burr. 'It brings the head forward a little bit but slims under the jaw line and the neck.' Lowering your chin down a touch will keep the pose from looking unnatural, she says. Don't miss these other tricks for looking better in photos. 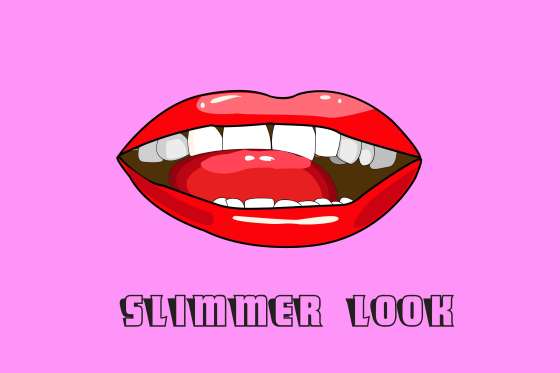 Try this weird trick to avoid a double chin: Push your tongue against the roof of your mouth. It sounds strange, but the action tightens the muscles under your chin, giving you a slimmer look, says Shawn. 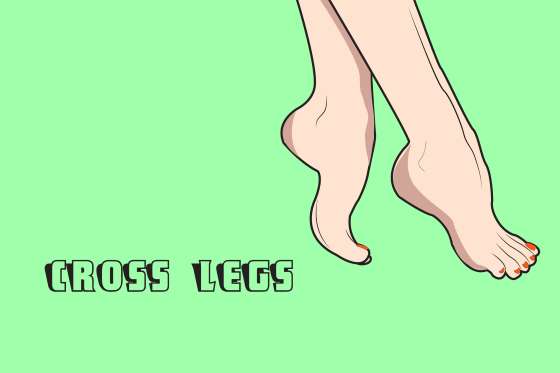 During that seated shot, cross your legs at the ankles instead of the knees. 'When we cross our legs, if we have any trouble areas like cellulite, that’s prone to show,' says Jenn. By crossing at the ankles and leaning your knees in a bit instead, you’ll lengthen your body and bring attention up to your face, she says. Not convinced? Crossing your legs can also lead to health problems. 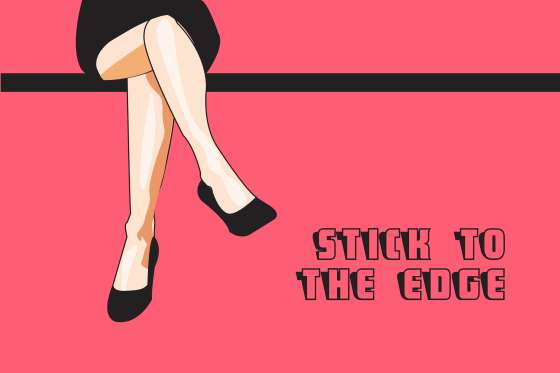 If you’re sitting down in a photo, angle your body again, and stick to the edge of the chair. Sitting back could hunch your posture. 'It makes them look too mushy in the middle of their body because it all deflates in,' says Burr. Plus, sitting farther back leaves legs closer to the camera, making them appear bigger in the shot, she says. 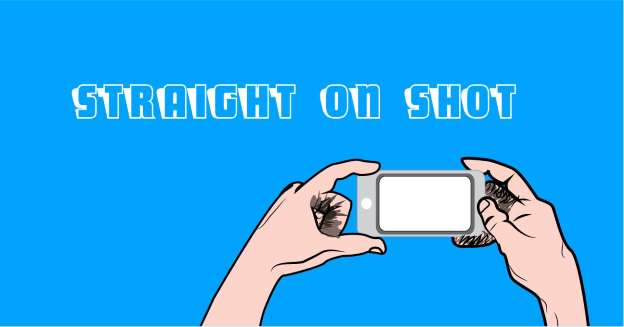 To avoid creating a double chin, ask the photographer not to take a photo angled up. 'If the camera is below your chin line, you instantly have that extra underneath your neck,' says Shawn. A straight-on shot is much more flattering, and taking the photo from a little above will make you look even slimmer, he says. 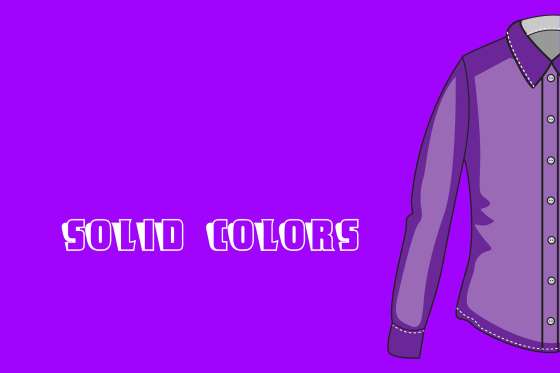 You’ve probably heard that black is slimming, but that doesn’t mean you have to give up color. Any dark color, like maroon, eggplant, or navy, will have that same effect, says Burr. Plus, medium-toned blues and teals are universally flattering, she says. Just stick to solid colors if you can. 'Big prints and patterns can make you look bigger,' says Burr. 'If you want the focus to be on your face, a solid color will do that better.' Learn more ways to dress to look thinner. 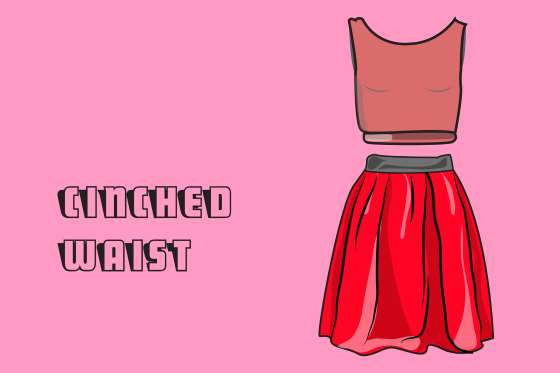 Even more important than the color of your clothes? The fit. Avoid boxy clothes that fall away from your body and widen you visually, and pick a tailored outfit instead, says Jenn. 'Accentuate your thinner areas, like with a belt or dress with a cinched waist,' she says. Don't miss these makeup tricks for a thinner-looking face. 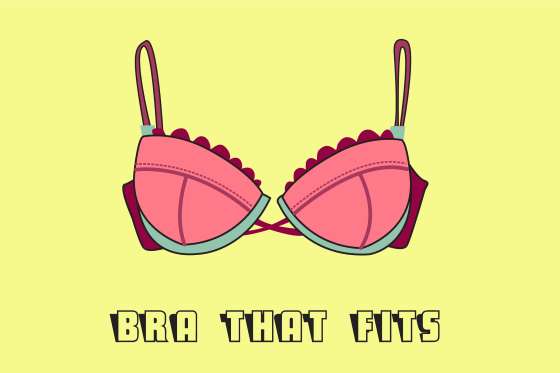 If you’re like most women, you probably aren’t wearing the right bra size. The right size isn’t just comfier, but it will also make you look better in photos. 'A bra that’s fitted properly will give lift the body and whittle the waist because there’s more space between the bust line and hip,' says Burr. Visit a specialist for a fitting to avoid bra mistakes, she says.

This article written by:  Marissa Laliberte3/14/2017 for READERS DIGEST.
All illustrations in this article done by:  Tatiana Ayazo/Rd.com


Thanks to READERS DIGEST FOR THE USE OF THIS ARTICLE 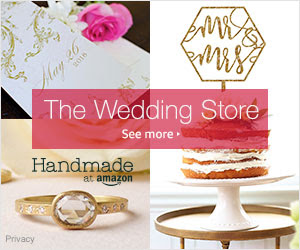 DID YOU KNOW THAT AMAZON HAS IT'S OWN WEDDING STORE?  CLICK THE LINK BELOW TO GET SPECIAL SAVINGS, AND GREAT GIFT IDEAS:

123Photogo.com
Entertainment & Learning for the photographer

Email ThisBlogThis!Share to TwitterShare to FacebookShare to Pinterest
Labels: Posing techniques for portraits