3 MOST IMPORTANT CAMERA SETTINGS ARE? 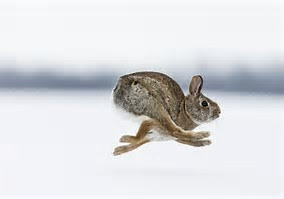 IF YOU COULD TAKE A GOOD DSLR CAMERA AND PICK THE 3 MOST IMPORTANT CAMERA SETTINGS, WHAT WOULD YOU PICK?  SHUTTER SPEED, APERTURE, ISO, DEPTH OF FIELD PREVIEW, MANUAL FOCUS, IMAGE STABILIZER?  WHAT WOULD BE THE 3 THINGS YOU THINK ARE THE MOST IMPORTANT?

Well known photographer:  Ashwin J who has been a photographer for many years, has written an article describing what he feels are the most important camera settings you need to know, need to get comfortable with to be a good, successful photographer.  Read through his article here and learn from one of the masters:

3 MOST IMPORTANT CAMERA SETTINGS ARE:

This article aims to help beginners understand the correlation of three important factors of digital photography. Aperture, shutter speed, and ISO settings are the three most important camera settings when it comes to exposure:

1. Aperture is the size of the opening of the lens through which light enters to expose the shot.

2. Shutter speed is the amount of time that light is allowed to enter through the lens for exposure.

The photographer needs to find a balance between these three factors in order to get a shot that has perfect brightness and colors. The quantity and intensity of light coupled with the amount of time that light is allowed to enter makes or break a great photograph.

A good analogy that helped me understand how these factors work with each other is that of coffee and milk. Think of light as milk in your morning coffee, aperture as the size of the opening in your milk jug, shutter speed as the time for which you allow milk to flow into your coffee, and ISO as the strength of the black coffee in your mug. The bigger the opening of your milk jug, the more milk flows out of it (aperture). The more time you allow milk to flow, the more milk flows out of it (shutter speed). If you couldn’t control the flow of milk and wanted your coffee darker, you’d make your concoction itself stronger (a low ISO sensitivity setting).

Choose an object (or person) as a subject and start experimenting with these settings. Make sure the subject has adequate light falling on it. Once you get a feel for these settings and their resulting photographs, go ahead and try shooting the same subject in different lighting conditions. A step further would be to try capturing moving objects. Try a lower ISO and higher shutter speed as a starting point for moving shots.

Most cameras take care of these settings automatically for the user. But they also allow you to adjust these settings manually. It’s important for a beginner who is serious about getting into photography to learn the essence of these three factors and begin to experiment by changing the settings. It is recommended that you use auto focus while learning so that you can concentrate solely on mastering exposure.

About the Author: Ashwin J (nikonl120 dot in) is an amateur photographer who currently owns a Nikon L120.

After posting this article, I was reminded in a comment to this article that was written that the term ISO does not stand for International Standards organization.  Check this out:

The Misconception:What does "ISO" mean? Ask anyone seemingly "in-the-know" and they'll tell you "ISO" is an initialism for "International Standards Organization" and thus it is pronounced "eye-ess-oh." Sounds pretty convincing, but this is false.
Why This is Wrong:
There is no such thing as the "International Standards Organization." Go ahead, Google it. It doesn't exist. So then what does "ISO" stand for? Nothing. It's not an initialism or an acronym.
Allow me to explain...
Here's where the confusion comes from: although there isn't an "International Standards Organization," there is an "International Organization for Standardization." The International Organization for Standardization is a corporation based in Geneva, Switzerland that sets all sorts of international standards for manufacturing and engineering, one of which is film sensitivity in photography. Their whole deal is getting the world on the same page with standard regulations, measurements, and certifications.
Then what is "ISO?" It's this company's name, that's all. No different than "Pepsi" or "Honda." But "ISO" obviously is not an initialism or acronym because the correct acronym (in English anyway) would be IOS. So then what does ISO mean? Well, it's derived from the Greek root "isos," which means "equal" - like in "isotope" and "isosceles." And if you look at the website for the International Organization for Standardization, you'll find an explanation on why they chose this Greek root instead of an acronym to represent their company (source: http://www.iso.org/iso/home/about.htm):

Because 'International Organization for Standardization' would have different acronyms in different languages (IOS in English, OIN in French for Organisation internationale de normalisation), our founders decided to give it the short form ISO. ISO is derived from the Greek isos, meaning equal. Whatever the country, whatever the language, the short form of our name is always ISO.
Couldn't have said it better myself.
The Truth:
So "ISO" is not an acronym. No doubt about that. It's just a company's logo written in all capital letters derived from the Greek root isos. And just like you wouldn't spell out "PEPSI" every time you ordered one, you shouldn't spell out "ISO" every time you talk about it. That's why "ISO" is correctly pronounced "EYE-so." No matter how many times you hear it pronounced "eye-ess-oh," and even though everybody and their mother says it "eye-ess-oh," it just simply isn't correct. Doesn't matter if a guy has been taking pictures for decades or working with ISO standards for 50 years, if he says it "eye-ess-oh," he's wrong.

And if you want further information about the ISO confusion, click here, here is a short video:

My Thoughts and Rants:
Alright, I'll be honest. For awhile I was guilty of thinking ISO stood for International Standards Organization and for years I pronounced it "eye-ess-oh." That was based partly on misinformation from an online resource (What?! You mean Yahoo Answers isn't always correct?) and mostly from my own assumptions. After all, it made perfect sense. But that's what happens when I assume. I make an ass out of u and me.
So I can't really fault people for saying it "eye-ess-oh." It's in all capital letters so it certainly looks like an acronym. And the majority of shooters say it that way even though it's incorrect. But hey, just goes to show you how quickly false information can become "fact."
My only rant on this is that a couple years back I saw on Yahoo Answers that someone posted a question asking what is ISO and what does ISO stand for. Some know-nothing do-gooder happily answered with "It stands for 'International Standards Organization.'" Seeing this error, I politely corrected the answer with the information I stated in this blog post. All was finally right in the world. But sure enough, a few days later I get a notification that someone has "improved" my answer. I go to check it out and some idiot changed it back to the wrong answer!
Don't get your information from some dumb yahoo on Yahoo Answers. And don't let anyone try to correct you into saying it the wrong way. It's "EYE-so."
Everyone say it with me now: EYE-so!