HOW TO AVOID THE MOST COMMON PHOTOGRAPHY MISTAKES 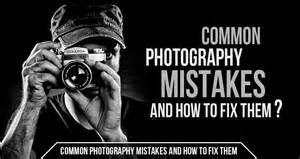 AND ALSO HOW TO FIX THEM:

We all have some mistakes we make as we take photos.  Some we have mastered already.  Some, we are going to make in the future.  This article should cover a lot of common mistakes, that if you are aware of them, should help you become more of a master photographer sooner.

I have found an article written by:  RAJIB MUKHERJEE That just explains it all very well.  Thanks to PictureCorrect for posting this article.  This is one that I think covers almost all of the mistakes I can think of.

1- LIGHT AND SHADOW:
Many times choosing the wrong spot for taking your images can ruin the shot, even though you are standing at a beautiful location, such as when your model stands bang in the middle where light and shadow seems to intertwine. Cameras don’t like extreme differences between light and shadow areas. As a result, your camera will either expose for the bright side or the shadow side, thereby under-exposing the shadow side or over-exposing the bright side, respectively. 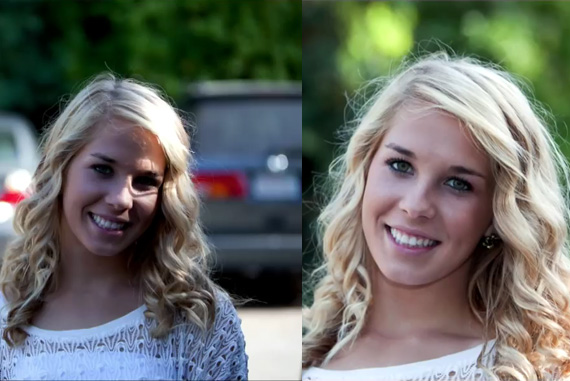 Just by shifting the subject’s position, the quality of the final image can improve dramatically.

Much of the aesthetics of a good image depends on the location where you ask your subject to stand, meaning, the background. Most people are hesitant to ask. The result is boring and downright distracting images. Be open to move your subject around and you could get much better shots.

Another tip that Cable shares is to try and work with darker backgrounds. The human eye is attracted to the brighter part of the frame, which is the subject’s face, rendering the background almost invisible. 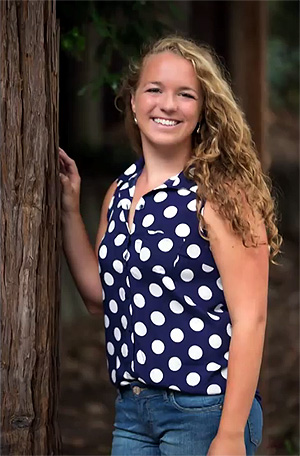 A wrong location can ruin your photos, just as well as incorrect use of ambient light

Focusing is a critical skill in the whole process of photography. No matter how beautiful the subject or the background is, if your focusing is incorrect you will end up with a poor image that fails to draw the attention of the viewer. So, if you are shooting portraits, invariably the point of focus should be on the eye closest to you. 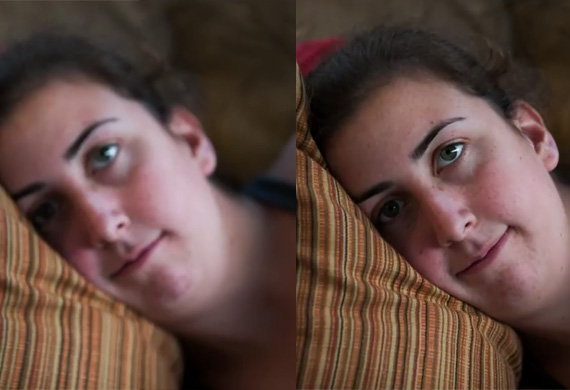 Always focus on the subject’s eye that is closest to you.
4- APERTURE:
While there is absolutely nothing wrong with shooting in aperture priority mode, choosing the wrong aperture is a common mistake. Aperture allows you to decide how much of the frame you want to be sharp. In other words it is what decides depth of field. 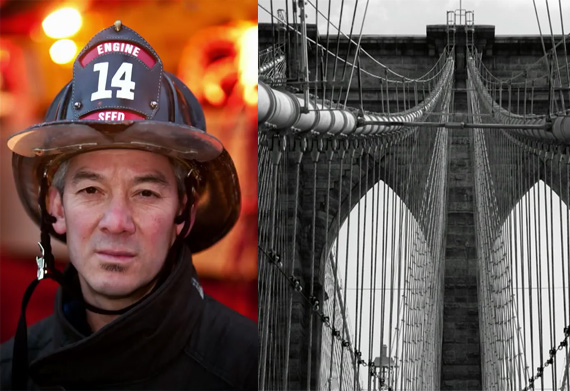 5- COMPOSITION:
There are hundreds and thousands of examples of bad compositions littering the Internet. The most important thing that photographers must be clear about is the subject matter of their photos. That in itself can lead to better images. When required, change the perspective to shoot low or shoot only from the waist up or shoot from a close distance. Not to mention the many opportunities when you can make a great shot by shooting off-center. 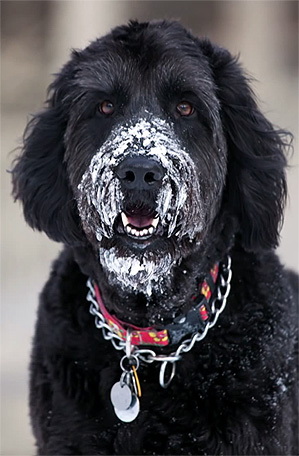 6-FRAMING:
One mistake that new photographers makes is not shooting tight enough. Essentially, the closer you are to your subject the more you become part of it. In that sense, it is even OK to crop out parts of the head and only focus on the eyes.

7- FLASH:
Flash can be helpful, even during the day, when you have harsh shadows on your subjects due to the direct sun. When using flash, fire just enough of it to fill in the shadows, never overdoing it to the point where they become obvious. If you are shooting during the day with flash, Cable suggests that you turn your model around so that they are not facing the sun. 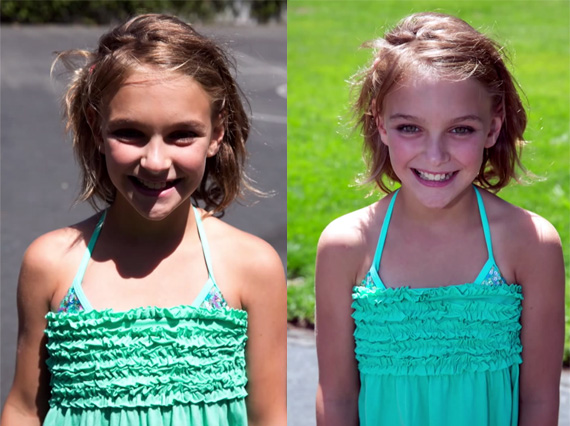 When shooting in broad daylight, ask the subject to stand against the sun and use a little bit of flash to fill in the shadows.

8- SHUTTER SPEEDS:
Even though the aperture priority mode is a good place to start, allowing you to focus only on one aspect of exposure, not knowing the shutter speed used is unpardonable. There are uses of both slow and fast shutter speeds which can be used in all lighting conditions depending on the need. Here are a couple. 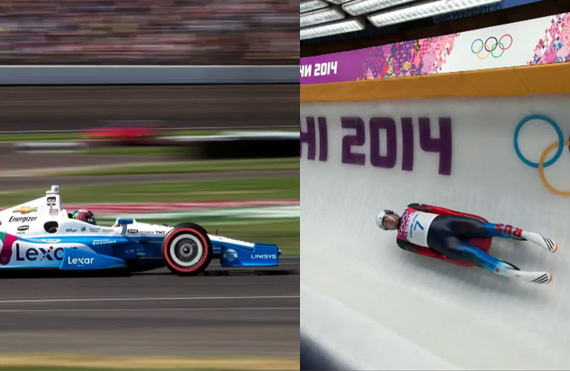 9- CAMERA BASICS:
There are certain things that you need to learn and incorporate into your system while you are still learning the tricks of the trade. These are the basic dos and don’ts. So things like using a lens hood backwards or holding the camera incorrectly or not using a wide stance when photographing have to be corrected very early.

10- TRYING TO SHOOT AT NIGHT WITHOUT USING A TRIPOD:

If the light is low and you want to shoot at a slow shutter speed, use a tripod and turn off your flash (unless of course you have someone in the frame). 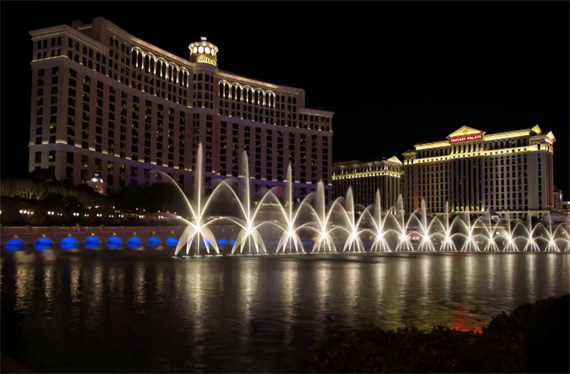 Never, ever shoot without a tripod in low light situations.

11- ATTENTION:
How many times have you been guilty of looking for the obvious while there’s something interesting happening in another direction? As Cable puts it, “The best shot isn’t always in front of you.”

12- BACKGROUNDS:
This is something that a lot of us are guilty of, having the subject stand in front of a wall or a bush. This causes strong shadows and it is difficult to have subject separation.

13- SHOOTING:
Memory is ridiculously cheap. There is absolutely no reason for you to try to save memory space. Shoot as much as your memory cards allow. That way you have enough shots to pick from.

14- CREATIVITY:
Thinking outside the box is not just a piece of advice, it becomes a necessity at times. Being imaginative is the first rule of being a photographer, and that alone can help you to shoot better images. To demonstrate this, Cable shows this image he shot at the Sochi Olympics: 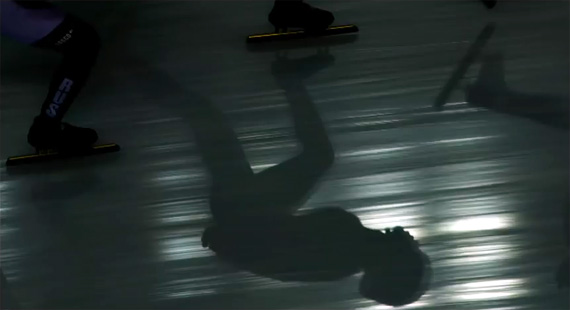 When you are stuck for unique perspectives, think outside the box.

“The spotlights over the arena had come down and kind of blasted this one area and I thought, ‘Shoot, that’s going to mess up all my shots.’ Until I realized, wait a second, I can meter this differently, and actually highlight that.”


The result was a unique and interesting shot.

Which photography mistakes do you see most often?

Email ThisBlogThis!Share to TwitterShare to FacebookShare to Pinterest
Labels: HOW TO TAKE BETTER PHOTOS. HOW TO FIX YOUR PHOTOGRAPHY MISTAKES.