I really love to take low light or night photos.  But, they are a bit tricky, but, so worth it.  Using the natural light on your subject, rather than flash makes your pictures ...... natural.  Maybe even award winning. 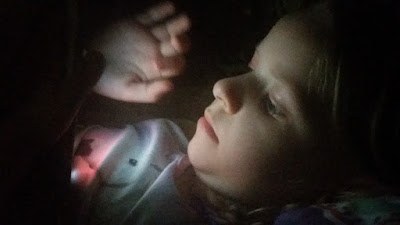 I took this picture of my grand daughter playing with my cell phone, all while we were watching a movie in the dark.  So, the light is just coming from the cell phone, nothing else.  The real trick to making this work, of course, is being able to hold your own camera still enough to capture the moment.  A tripod would be nice, but, I was actually able to capture this just hand holding the camera.  I was lucky, but, it can be done. 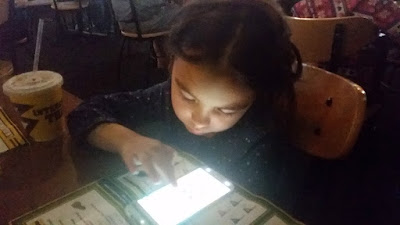 Now, you can see with my other grand daughter the cell phone and how much light it actually puts out, and the light it can put on the face.  It is amazing what light you can get from a cell phone.  But, it makes for great lighting.  Try other sources such as light coming in from windows, or light coming in from the car, etc.  The low light at night time is just enough to create a great story.  But, practice holding your camera still, or get in the habit of using a tripod. 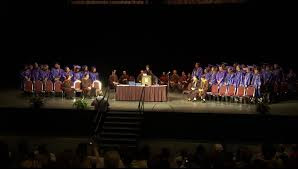 Now, we are getting into the hard ones.  Why?  Because your camera light meter sees all that dark around the subject and tries to compensate for that dark.  If you have a camera that you can make exposure adjustments, then you would want to purposely darken your picture, or manually set  your f stop down two f stops (f5.6 to f 11).  If you have an automatic camera set it to go EV-2.   With today's digital cameras, you can see your results immediately, and compensate for it.  Work with your exposure settings so that you can get black backgrounds, and then the subjects will look properly exposed. 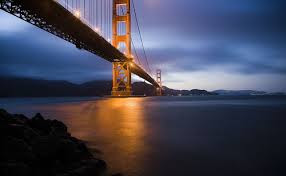 Now night photography might be to get it just the way you see it.  But, again, make sure for pictures like this, you have some way to hold the camera still enough.  This is dark, folks.  Cameras rely on light to get pictures.  So, if you want to get the same results as you see at night, you must force your camera to give you darker pictures.  The camera will look at this and say " oh, this should be a daylight picture, and I will make it so".  And then try to do that.  So, you really have to force the camera to under expose the shot to get you what you are seeing.  Then it will look right. 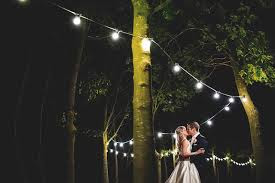 This applies to all situations, including portraiture.  Look at how much black is around the subject.  Remember the camera does not know that the couple is the subject.  It looks at everything and thinks that it should give you a daylight exposed result, and it will give you a lousy picture if you let it.  So, make sure, once again, if you are taking night photography, that you underexpose your photos, to get the black background, like you see here.

How to take pictures of lightning?  You never know when lightning is going to really come, so, how do you really capture lightning?  I have so many great photos of lightning, because once I figured it out, it was simple.  But, it takes a tripod, or some way to hold the camera still, and then some way to hold the button down for a period of time, preferably not with your hand or finger on the button ( a cable release or remote control would be the ideal way to do it).  Then push the button when it is really dark, and hold the shutter open for a time, and then when the lightning goes off, you can then release the shutter release cable or remote control.  The image of the lightning has now etched it's image onto your image sensor.  And you have a great shot.  If you have several lightning bolts go off at the same time, then you have captured them all.  It is the same with taking pictures of fireworks as well.  Spectacular lights, etching into your sensors that your record it's image.  That is the fun part of photos.

Email ThisBlogThis!Share to TwitterShare to FacebookShare to Pinterest
Labels: How to shoot low light photography